‘I am Going to Win 2018 Election’ Musa Tarawally Vows 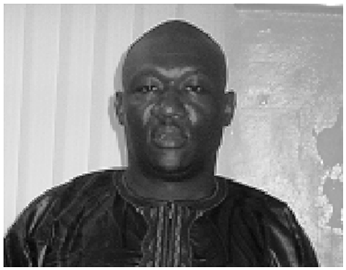 ‘I am Going to Win 2018 Election’ Musa Tarawally Vows

The leader and Presidential Candidate for the Citizens Democratic Party (CDP), Hon. Musa Tarawally has vowed that he is going to win the March 7th 2018 Presidential election.

Speaking to Sierra Express Media (SEM) in Freetown, philanthropist Tarawally calls on Sierra Leoneans to vote for him because he said “I have the potential to win the forthcoming election and govern the country than any other Presidential candidate”, he said.

According to the former Minister of Lands Country Planning and the Environment, he is loved by the common people across the country because he cares for the less privileged and has the country’s development agenda at heart.

The President in waiting demonstrated determination to boost the agriculture sector by empowering rural farmers to move from subsistence system of agriculture to mechanized farming system.

Hon. Tarawally expressed confident that he is going to win the March 7th 2018 election hands down because he said, Sierra Leoneans believed in his ideology as a developmentally oriented man who has helped thousands citizens in divers’ ways devoid of region or tribe.

One of his admirers in constituency 123, Haja Mammadi Mansaray said she is an APC but has decided to vote for Alhaji Musa Tarawally because he is religious, prayerful and always stands for the truth.

“Even though I don’t know him but I am attracted by his religious attributes”, said the young lady and stressed that she is currently persuading all his relatives and friends to thumb up for the son of the soil in the forthcoming election.

Another resident in Constituency 126 in Freetown, Mariama Jalloh described Musa Tarawally as charismatic, brave, generous, royal and loyal and has all qualities to become President of Sierra Leone.

She said, she is admiring Alhaji Musa Tarawally because she made all his investment within the country which means he has employed hundreds and thousands of Sierra Leoneans under his private investment.

When he was a Minister of Internal Affairs, Musa Tarawally transformed the Sierra Leone Prison to Correctional Centre and as former Lands Minister Country Planning and the Environment, he formulated the National Land Policy which has becomes a blue print for the ministry.

Musa Tarawally continued that although he is a Muslim but believes in the existence of both faiths and the ones of God (Allah is One).

He therefore called on Sierra Leoneans to come out in large number on March 7th 2018 general elections and vote for him so that he can effects change and fosters development nationwide.

As they Preach Peace to over Sixty...