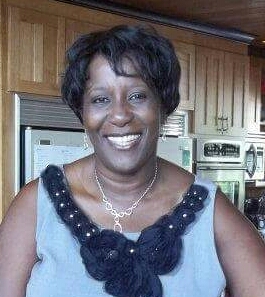 The Unity Party Stronger Together with the theme: “Time for Change “has in their just concluded convention to select National and District Executives, Councilors, Members of Parliament(MPs) , Chairpersons and Mayors endorsed Madam Femi Claudius-Cole (in photo) as their Presidential Candidate ahead of March 7th 2018.

The Endorsement which was made on the 13th of January,2018  in a one day conference held at the Freetown Secondary School for Girls (FSSG) attracted high dignitaries from various institutions including Political Parties Registration Commission (PPRC), 50/50 Group, Political parties representatives, Religious Heads, PPRC women’s Forum, All Political Parties Women’s Association (APPWA), Disable communities, All Political Parties Youths Association (APPYA), Diaspora Representatives, Traditional Leaders, Civil Society Organizations (CSOs),Media institutions among others. Presenting her manifesto to Supporters, the Hopeful Presidential Candidate for the Unity Party, Stronger Together, Madam Femi Claudius-Cole expressed gratitude to fellow Sierra Leoneans especially colleague women and young people for the support and love they have shown her during this crucial moment especially when the country is preparing for its general elections slated for March 7th this year adding that this is the right time for change of the administration in the Country.

She noted that, the Unity Party is a newly established party that is created by herself to Liberate women and Children adding that the Unity Party will get victory in the March 7th general election.

She disclosed that she has been Nurse by profession for over a decade now but has been  in abroad and has therefore returned to pay back to her people who she described as dignified Citizens and mentioned that Sierra Leone Health system is still under-deprived with high infant mortality rate across the four corners of the country.

Madam Femi Claudius has however vowed to eradicate bad governance which she said has overcome the country in various ways if elected as the first female president of the republic of Sierra Leone in the forthcoming elections.

She appealed to Sierra Leoneans to consider her as the appropriate Female Presidential Candidate who have passion for the country in the area of Sustainable development and economic transformation which the country need most adding that the Unity Party will continue to preach peace and Unity among young people whom she described as economic pioneers of the state.

Madam Femi stress the need for the country to have female president like other sister countries in Africa who have succeeded greatly adding that women leaders always prove well and free from all forms of corruption.

Speaking on behalf of NGC, Madam Isata Jabbie express happiness for the Unity Party leader, Madam Femi for coming very strong to contest the forthcoming election as a the only female presidential candidate. She said the Unity Party has done well to establish regional offices across the country adding that the Party will achieved it desired goals if women who make up 52% of the country’s population   continue to support them.

She appeals to women to come out in large numbers to support the only female candidates for the 2018 elections.