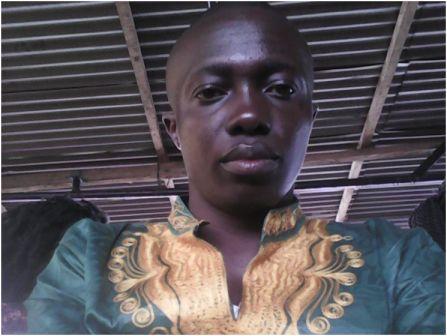 The ceremony was graced by various members including both executive and ordinary members at the organization’s head office on at Stanford Bridge Mini-Complex Arena (SBMCA) off Water Nar Life Primary School (WNLPS) on 9th.  December, 2017.

In his presentation, the Chairman of WWUO, Mr. Yusif Kamara expressed happiness to the entire membership for maintaining the pace in order to reach this level, noting the fact that WWUO was formed just a year ago and has already provided identity cards to members and also establish an account (045420460000212) at the United Bank of Africa (UBA) to display real transparency and accountability.

Mr. Kamara told members of the organization that they need to pay more attention towards the development of the association noting that if we had more funds he said, we can establish a micro credit unit to promote business women and even men.

He stated that for it is not the first time for the organization to give loans to eligible female members to maintain gender balance in the community because according to him, women are the most vulnerable class of people.

He said the association wants to give more opportunity to women because they are partners in development, adding that the past event was also accomplish successfully without any hindrance to our savings.

He pointed out that the women are playing a very significant role to strengthen the organization in the area of financial support which he said will promote community engagement through diplomatic procedures.

The hardworking Chairman informed the gathering that because the organization is dominated by women and the festive season is quickly approaching they will not allow their members especially business women to run out of capital during this moment. He bragged that the organization has thought it wise to boost over ten members with micro credit support with minimal interest which he said will go back to the bank for safekeeping.

He assured members of the organization’s commitment to always prepare to transform lives of fellow members through their monthly contributions.

He pointed out that they have rules and regulations to maintain discipline at all levels, adding that next year the association will expand its tentacle in upgrading more members.

Speaking on behalf of the beneficiaries, the Public Relations Officer (PRO), Mr. Alusine Kamara said they have endorsed eight women according to the agreement noting that the organization needs to create revenue a mobilization unit to transform and sustain the running of the association.

He admonished the beneficiaries to use the money for its intended purpose so that others can also benefit through the same system thereby assisting each other when the need arises.

He pointed out that they are apolitical movement but they will support any politician who is ready to collaborate with them in terms of development in the vicinity.

The Chairlady, Mrs. Kadiatu A. Kamara expressed thanks and appreciation to the Chairman and the entire membership for giving this golden opportunity to women, adding that God will continue to bless the association.