The seminar which attracted many Government Administrators, His Lordship, the Mayor of Freetown, International Partners, Farmers associations, Civil Society Organizations (CSOs), Business Firms, Private investment Companies, Consumers, MPs, Sierra Leone Chamber of commerce, the media among others was organized at the Miatta Conference Center on the 4th December 2017.

In his keynote address on behalf of the President of the Republic of Sierra Leone, Dr.Ernest Bai Koroma, the Minister of Trade and Industry (MTI), Captain Momodu Alieu Pat-Sowe, said it is a great pleasure for him to launch the First Made in Sierra Leone Project to upgrade the standards of the manufacturing industry.

He said on behalf of the Government and the people of Sierra Leone his dream of eradicating poverty can be a reality if we all as a nation are ready to support the made in Sierra Leone products which he said will provide huge foreign exchange and thereby reduce the rise of the Dollar to a normal situation of our local currency, the Leone.

He also stated that the aim of the project is to promote sustainable inclusiveness in economic growth which he said will create job opportunities with the ultimate goal to reduce poverty and improve the welfare of citizens.

The Minister also noted that if the project is well planned and managed with all what it takes to transform the Made in Sierra Leone products, local food stuffs will be exported with our own labels.

He pointed out that the Government is fully committed in implementing this project in order to improve standards of locally made products in line with international best practice. He said the value of our local items will be enhanced through this exercise which he said will promote local farmers in various ways.

He assured the gathering that they will continue to engage concerned stakeholders including grassroots people across the country to disseminate fruitful information about this important project, noting that his Ministry will take the lead in supervising this process together with other line Ministries, Departments and Agencies.

He maintained that he is very optimistic that Sierra Leone will reach the height of other sister countries in terms of industrialization.

He appealed to the general public to come onboard and support this good initiative which he said has the tendency to provide jobs for millions of Sierra Leoneans.

In his statement, the Minister of Finance and Economic Development, (MoFED), Dr. Momodu L. Kargbo, said that his Ministry had introduced this concept early in the 2017 Government Budget and Statement of Economic and Financial Policies out of the desire to maintain a stable economy to reduce the vulnerability of the economy to instability in international food prices.

He noted that his Ministry’s dream is to promote sustainable inclusive economic growth to create job opportunities with the ultimate aim of reducing poverty and improving the welfare of the people.

He emphasized that since its launch in 2017, they have had several consultative workshops with sector Ministries and key stakeholders. He said they need to raise awareness about the concept and discuss the ways to operationalize the concept.

He pointed out that he is very much pleased with the Ministry of Trade and Industry for pushing forward the Made in Sierra Leone concept.

Mr. Kargbo assured the nation that they are now on the verge to discuss ways to improve the productivity and competitiveness of Sierra Leonean businesses and for locally produced goods to be able to compete with or substitute imports.

He revealed that during the past five years, food imports have accounted for about 25 percent of the country’s total import bill for an average of around US$35O million annually.

He noted that the recent Diagnostic Trade Integration Study highlighted a competitive advantage for importing substitution of rice and palm oil production, if productivity could be improved.

He however said that improving the productivity of the agricultural sector will provide direct channels for both economic growth and poverty reduction, adding that yields in the agricultural sector are below their potentials due to a number of constraints, which he said have increased product costs, reduced the profit margins of farmers, resulting in inadequate production levels that cannot meet household consumption, let alone for the general market.

He admitted that in the case of manufactured or processed goods, production levels are low and quality is also often inferior to imported goods. He called on the public and private sectors as well as development partners to work faithfully but with interconnected roles in improving productivity and competitiveness of local businesses.

He said Government will continue to design and implement policies to maintain macroeconomic stability, which he said, is very much key to the private investment conclusions which will influence macroeconomic variables such as inflation, exchange rate, interest rate and tax rates.

He stressed that Government will continue to improve infrastructure to close the infrastructural deficit in energy, transport, water supply, information and communications technology among others, in order to reduce the operating costs of businesses, thereby promoting private investment.

He concluded that Government through his Ministry will also invest in human capital development to ensure the availability of skills needed by industry which he said will contribute to improving the business climate, boosting the output of private sector activities and the attractiveness of Sierra Leone as an investment destination, boasting that in the long term, a healthy and educated population will constitute an attractive work force for domestic entrepreneurs in manufacturing and service industries. 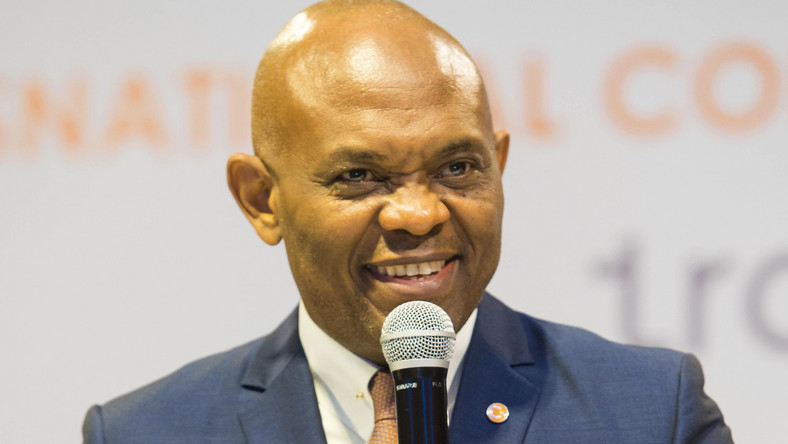