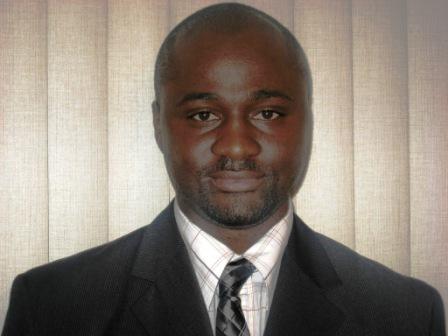 After thorough consultations with stakeholders in the ruling All Peoples Congress (APC) and family members, the Proprietor of Sierra Express Media, Chukwu Adeyemi Paul (in photo) has made up his mind to declare his intention to be the next Mayor of Freetown.

The fine and humble gentleman who is well known among the APC big guns and in the country’s political landscape said, he decided to express interest to contest for the mayoral  symbol under the ruling party because he believes in the ideology of the party as far as development is concerned.

He said if given the symbol to contest for the envious position, he will uplift Freetown municipality to be an ideal place for tourists and investors by ensuring a clean and conducive environment for everyone. He deliberated that he will be in position to join President Koroma in elevating traders by constructing more modern markets to safely relocate them from the jam-packed streets.

Mr. Paul demonstrated determination to curtail lawlessness in Freetown by executing bye-laws put aside by the Freetown City Council for proper management of the municipality.

The renowned media proprietor said he is not going to say much at this time but waiting for his declaration ceremony which he said will happen at any time from now.

He concluded by extending sincere appreciation to the Chairman and Leader of the APC, President Ernest Bai Koroma for demonstrating outstanding leadership qualities throughout the 10  uninterrupted years and saluted all decision makers in the party for exhibiting peace, love and togetherness in their bid to win the next Presidential, Parliamentary, Mayor and Council elections in the first round of the ballot.