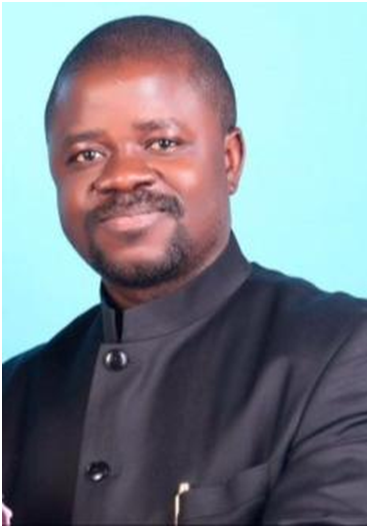 The National Commission for Democracy is one those institutional frameworks created by government with a view of promoting good governance. Part of the commission’s mandate is to get programs to instill in the citizens “an awareness of their civic responsibilities and appreciation of their rights and obligations as a free people.”

As part of its pre-elections Non Violence Campaign, the Commission has been issuing out messages, amongst them asking citizens to “use the ballot box wisely…” that citizen’s votes are their future and with their votes, they “can make a difference.” I have given apt attention to the message “you have one Sierra Leone, handle her like an egg.” With our challenging past- civil war, we cannot afford to let go the peace we all fought for.

Peace and stability are vital to promoting sustainable growth.  They basically form the bedrock for economic growth and investment in whatever form. So, as we move to elections, it is vital we realize that there is only one Sierra Leone and we should do all we could to hold ourselves together  devoid of our partisan interest and tribal backgrounds.   But how do we ensure all what the NCD is pushing for? There are strategic players in the entire process, not least the media, right groups, the country’s elections body and above all, the people.

Civil right groups are supposedly composed of “citizens who act collectively in the public sphere to express their interests, to influence policy…”  They should be seen to be helping   in promoting political participation. Public education is vital in pushing for free, fair and trouble-free elections. Educating people about their rights and obligations forms a fundamental aspect of what is expected of right groups.

The role of civil society in elections, writes Dr. Shauna Mottiar, “often takes the form of support for the institutional processes of a democratic election as well as the more substantive development of a democratic electorate.” From the framework of elections, civil society has been recognised as “having a significant role to play in promoting peace as it is less constrained by mandates, able to talk to several parties without losing credibility, and able to deal directly with the grassroots population”  (Dr. Shauna Mottiar: The Role Of Civil Society In Elections).

However, to be effectively able to play this role, right groups must ensure strong sense of credibility, with little or no doubt from the public. Where right groups are seen to be taking political sides, it becomes worrying as that stands the chance of undermining the foundation on which their roles in society is built.

Government has ensured the enabling environment for a surge in growth of right groups and there has been a platform for their effective operations. As we move to the general elections, right groups should rise to the challenge. It should go beyond attacking government/ruling party as we have often seen. Governance is not only limited to what a ruling party does; the opposition forms part of a country’s democratic dispensation.

We have seen how civil right groups some have taken pleasure in lashing out only when there are issues around the governing Party. This is a worrying development and does not conform to ‘holding together’ the only country we all have.

The media is strategic in the promotion of democratic governance because, a truly functional democratic society requires full participation by the citizenry. And if indeed, democracy thus requires the active participation of citizens, ideally, argues Sheila S. Coronel in ‘the Role of the Media in Deepening Democracy’, “the media should keep citizens engaged in the business of governance by informing, educating and mobilising the public.” Sheila S. Coronel believes, the media can also largely help in building peace and social consensus, “without which democracy is threatened” and to this end, community radios can also be crucial especially in bridging the gap between communities.

Sierra Leone has had huge impact in ensuring an open society and a free and pluralistic press. Free speech, which is a cardinal principle to democracy and good governance has been religiously guarded by the state, especially so in the last 10 years. A law guaranteeing access o public held information is in existence. There are dozens of community radio stations across the country, with privately owned radio and television stations in operations. The print media has also witnessed significant improvement both in terms of their practice, and to an extent in the area of content analysis, though with room for growth.

One major challenge though has been Social Media growth. No need denying the fact that, this is principally encouraging for a democracy. Indeed networks such as WhatAssp, Facebook and Twitter are motivating new forms of public interface and discourse. However, the little or no control as a result of lack of gatekeeper, in terms of content dissemination tends to be a key concern, unlike the traditional media; radio, television and newspaper.

Social media, like traditional media, can be a tool for political engagement. The low side of social media is that if not used responsibly, it may lead to distortion of public discourses and fan ethnic animosities in young democracies… as we approach the polls, it behoves the general online community to exercise responsible use of digital platforms for political communication”, writes Martin Muli on ‘How social media will define elections’, specially looking at Kenya. As we move to elections, social network users should not forget the potent this platform has to make or break.

There is no way we could not want to have a trust in those institutions that are vital to the promotion of good governance. The courts should be used where necessary as they can be an essential part of in approaching good governance and sustaining democracy.

Elections conducting body is also another vital component. Its general mandate should be conducting free and fair elections.  Seemingly, writes ATM Shamsul Huda, former Chief Election Commissioner Bangladesh in ‘Role of Civil Society in strengthening Electoral Democracy’ the phrase ‘free and fair elections’ seems very simple and straightforward. “In reality, it is loaded with tasks and responsibilities that are overwhelming in terms of both their enormity and complexity…”

An election body has a duty to ensure the process is not only fair, but that every eligible citizen should be made to participate.  Voting, which is an important element in an election process, occurs in a day, but working towards free, fair and credible elections is a long process. Processes and procedures utilized by the commission must ensure votes are cast freely and no one is disenfranchised.

Generally, as I have argued before, the last ten years of democratic governance in Sierra Leone have been encouraging. The government has provided the enabling environment. Civil right groups have continued to exist and operate freely. And today, even an opposition politician (Kamarainba) could commend President Ernest Bai Koroma for having managed the state of affairs with no execution. This is marvelous and indicative of how the President has held the country like an egg. We have only “one Sierra Leone” and we must “handle like an Egg.”

The Wealth Which Enslaves Its Owne...