Homepages
Your trusted place for Sierra Leone and global news
Trending News
HomeFeaturedSo what if the Best Presidential Candidate is Female?

So what if the Best Presidential Candidate is Female? 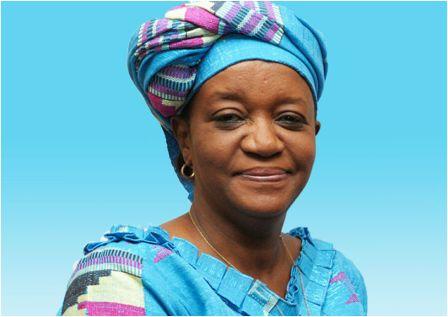 So what if the Best Presidential Candidate is Female?

Not so long ago in various blogs, we made the case that it is time to consider a woman president in Sierra Leone.  Some people jumped all over it and thought it wrong that it does not have to be a woman, but anyone who is qualified.  I could not agree with them more after the fact, but back then when I made that initial statement I did not have a specific female candidate in mind.  Today I do!

When I learned that Haja Dr. Zainab Hawa Bangura may be running for the Presidency of Sierra Leone, I got even more interested in my female candidate aspirations and became more vocal in the usual social media spaces I participate in.  Not because she is a woman per se, but because she is arguably, more qualified than all of the other aspirants.  She just happens to be a woman!

Zainab Hawa Bangura, or ZHB, as she is fondly referred to in close circles comes with a loaded resume of local, national, regional and global geopolitics.  This is what we need now in Sierra Leone not anyone who would come and learn on the job.  Hands-on experience is vital to us in these challenging times.

To reiterate, there is too much at stake in these critical times in our country’s history and the world at large; for us not to consider ushering someone who has the global, regional and local experiences to maximize our potential to improve Sierra Leone to where it ought to be.  There is a particular trajectory of development that this matriarch can bring to us as a nation, and thereby leveraging on the work already started by the current administration.

ZHB has held the highest position at the UN than any other Sierra Leonean ever with Under-Secretary credence; and I stand to be corrected.  In this role, she broadened her experience in geopolitics and global governance solving real world problems like no one before her from her country.

Prior to that ZHB was a Minister of Health and Sanitation and a Minister of Foreign Affairs in the Cabinet of President Koroma’s administration.  Illustrating hands-on experience in national governance at the highest levels within these two. And before returning to Sierra Leone in 2007 ZHB help put back Liberia in order after their civil war by leading the coordination and the rehabilitation of several government agencies including about seventeen ministries under the auspices of the United Nations.  Leading the largest UN Civilian team ever in peace-keeping operations.  An illustration of regional governance.

In local governance, ZHB did not only participate in the negotiation of the elections before peace movement (another pivotal moment in our country’s history), but also led a civil society effort by co-founding Campaign for Good Governance, which still operates today.  Need I go into the details of the things she did and endured during those troubling times in Sierra Leone, risking her life for our country’s salvation from rebel war and military machinations?

By being a private sector agent in the insurance business for many years before her political career, ZHB understands how the private sector can be a catalyst for development in Sierra Leone.

As for women empowerment, well not only did ZHB advocate and practically got involved in such efforts at home – from the market women to the elitist of the female gender in Sierra Leone – but has also done it globally, within the UN system.

Lest I forget to mention that at her Secondary School in Mathora, she was crowned Head Girl during her stint at that institution.  ZHB had shown she was born to lead from a very early age.

So Sierra Leoneans, when it comes to qualifications, pound-for-pound, show me who among others is best suited for presidential leadership than our own ZHB?  She is a longstanding member of the party, respected and influential in international spheres, and has a powerful grassroots network throughout the country.

And elections or selections should not be based on longevity to party, loyalties, contributions of funds, and others, in isolation.  While important, these things do not necessarily make a candidate electable to the masses.

The first thing we should be considering is who is most electable in the pack; and to determine that we have to look at the unique qualities of the candidates and especially their track record in the relevant skills and qualities required to lead.  These are primary; everything else should be secondary and/or tertiary.

I have no doubt that common sense will prevail among the APC leadership and the best candidate, ZHB, will be chosen by our party as our standard bearer, on our way to making Sierra Leone greater than what President Koroma has started.

Note: This article is solely based on the observations and opinion of the author.  And questions or comments can be sent to him directly at: amadu.massally@gmail.com