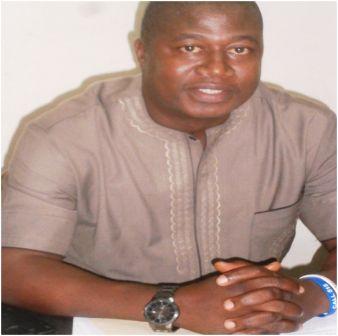 The Deputy Director, Public Education and Outreach in the Anti-Corruption Commission (ACC), Patrick Sandy has stated that a team of monitors has been established at the Princess Christian Maternity Hospital (PCMH) to conduct patient survey especially among Free Healthcare beneficiaries on how they are been handled by nurses in various health facilities nationwide. (Photo: Deputy Director, Public Education and Outreach, ACC, Patrick Sandy)

He assured that the ACC will make a follow up on the outcome of the survey when he was making power point presentation during the release of the second report of the Pay No Bribe (PNB) campaign last Thursday at the Government weekly press briefing in the conference room of the Ministry of Information and Communications Youyi Building in Freetown.

According to Sandy, the Ministry of Health and Sanitation still having issues surrounded the Free Health Care adding that they received 197 reports about people accessing good healthcare delivery system.

On the general actions taking by the Ministry of Health and Sanitation, the Deputy Director said, the Integrity Management Committees (IMC) continues to visit health facilities though at a minimal rate due to the unavailability of funds. These visits according to Sandy, informed workers about the PNB reports and possible actions they might be taken against them.

He stressed that the District Medical; Officers (DMO’s) will be requested to conduct preliminary investigations, take administrative actions and communicate with the IMC at the head office.

He said the IMC to inform Health Education Division through the Permanent Secretary to include in its plan an awareness raising campaign on the operations of the PNB.

In the area of specific action taking by MOHS, Sandy said it include the display of Service Charter in all health facilities and updated that PCMH has established a team of monitors that conduct Patient Survey under the full supervision of ACC.

No Healthcare without Nurses, Midw...