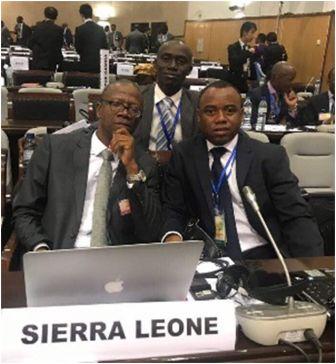 The meeting, which is organized by the Government of Japan, the United Nations Office of the Special Advisor on Africa, the United Nations Development Programme, the African Union Commission and the World Bank aims to assess commitments to advance Africaâ€™s development.

The Ministerial meeting was formally declared open by His Excellency Filipe Jacinto Nyusi, President of the Republic of Mozambique.

The Minister for Foreign Affairs of Japan, His Excellency Mr. Taro Kono represented the Japanese Government at the meeting.