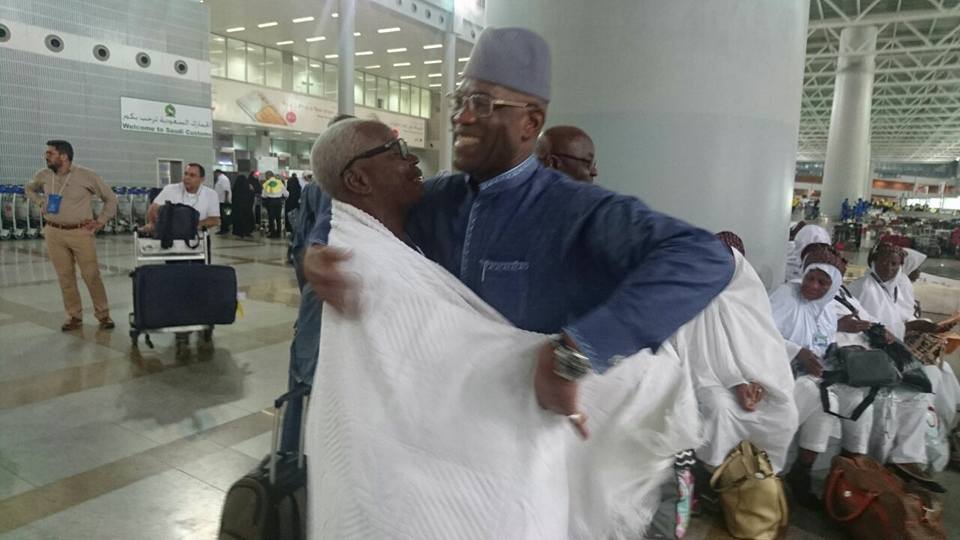 On arrival at the Hajj Terminal of the King Abdul Aziz International Airport, Jeddah, the elated pilgrims were warmly received and assisted by officials of the Sierra Leone Embassy in the Kingdom headed by Ambassador Alhaji M.S. Kargbo..

Upon arrival, Saudi Hajj ministry officials also welcomed and greeted them with English translated books on how to perform Hajj. After complying with Saudi immigration requirements, the pilgrims, majority of them, women,  proceeded to their accommodation at the Darkom Hotel in the Altayeseer District of Mecca, about 950 meters from the Grand Mosque. Some female pilgeims shortly after arrival

The arrangements for transportation and accommodation were finalized weeks before their arrival; in compliance with Saudi Arabia’s rules for the 2017 Hajj.

The Hajj will officially start on August 31st, with over two million people expected to take part in the pilgrimage, according to the Ministry of Hajj and Umrah.

The Hajj, considered the largest annual pilgrimage in the world, is an Islamic religious pilgrimage to Mecca, Mina, Arafat and Muzdalifah, where the religion’s most sacred sites are located. The Hajj is a religious duty that must be carried out by able-bodied Muslims who have the means to do so at least once in their life time.