‘’I Cannot Mortgage my Integrity for Le160M’’ Charles Mambu Brags 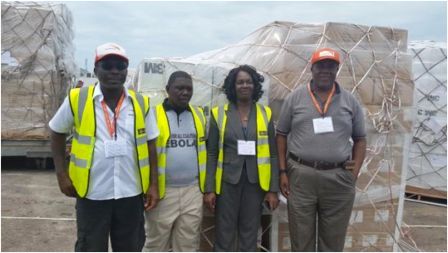 ‘’I Cannot Mortgage my Integrity for Le160M’’ Charles Mambu Brags

Mambu made this statement at the weekly Government press briefing at the conference room of the Ministry of Information and Communications (MIC), Youyi Building, Brookfields in Freetown.

According to the civil society Boss, he would have been out of his office and apprehended to the Court of law to stand trial if the audit report against him should have been reliable but he is still maintaining his status as head for HFAC. “Never would I”, Mambu bragged and he cautioned Sierra Leoneans to stop attacking individuals but rather concentrate on the country’s development process.

He said he was one of the front runners who sacrificed themselves to visit vulnerable places like Kailahun, Kenema among others that were hardly hit by the Ebola outbreak.

According to HFAC Boss he was targeted because not only that he is a human right defender who talks about good and bad governance but for the fact that he was also placed as one of the heads in the fight against the dreadful Ebola epidemic. He told Journalists that he remained committed, focus and determined to defend the country at any point the need arises.