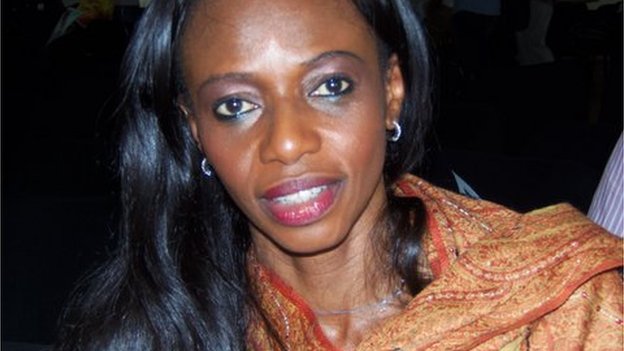 What is happening in the Sierra Leone Football Association (SLFA) when almost all football stakeholders are fighting to remove President Isha Johansen and her executive from power?

Isha Johansson grabbed the SLFA Presidency four years ago through a controversial elective congress under the support of the former Minister of Sports, Paul Kamara who gave her the nick name “Mamma Salone” to demonstrate his desire for the woman to win the election unopposed but the two best friends later became worst enemies.

Prior to his dismissal as Minister of Sports, Paul Kamara was campaigning for Isha Johansen to be impeached but he did not succeed in getting rid of the first Sierra Leonean woman to hold that envious position until he was sacked.

The enthusiasm among stakeholders in the game to remove the influential female President was demonstrated recently at a well-attended ceremony marking the official declaration of Sanusi Bruski’s intention for the SLFA Presidency at Victoria Park.

Isha Johansen as a woman has faced so many confrontations and accusations from football stakeholders since she took over the Presidency. She has been accused of not been inclusive in the dispensation of her duties, showing little or no respect for elders and has less attention to promote welfare of the players.

Many people believed that Johansen has international influence but her relationship with local football stakeholders and even players is very poor due to internal rift. But the fact is that many Government officials and private individuals are rallying behind Bruski to snatch the SLFA Presidency because they believe that if he takes over sanity will be restored in the game and players will always be willing to fly the country’s flag to the apex.

But the shocking news is that, the world football governing body, FIFA has put out a recent press release preventing stakeholders from holding an elective congress until SLFA settles it infighting.