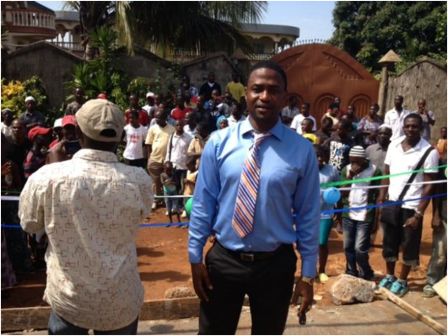 The role that the leader of the Alliance Democratic Party (ADP), Mohamed Kamarainba Mansaray, is now playing on the political arena seems to be akin to the role the leader of the Peoples Movement for Democratic Change (PMDC), Charles Francis Margai, played in the 2007 elections which culminated into the surprising fall of the then ruling Sierra Leone People’s Party.

The huge number of votes Kamarainba’s ADP keeps scoring in areas believed to be APC strongholds tempts me to come to the conclusion that the party is busy dividing APC votes and that most of its supporters are people who have forsaken APC for certain reasons.

Both Kamarainba and Margai formed their parties after being denied the opportunity to become flag bearers.

When Margai lost the flag bearer contest to Solomon Berewah, he decided to break away and form his own PMDC and he carried along with him thousands of people from the SLPP.

I am inclined to believe that APC has now got its own PMDC, judging from the current political drama unfolding.

And if the APC does not stand firm, Kamarainba’s ADP may end up being a major factor that may lead to its downfall in 2018.

Like Margai’s PMDC, Kamarainba’s ADP may end up being the third force and kingmaker in 2018 general elections. This is something the APC should not downplay.

But let us imagine Kamarainba becomes the kingmaker, who will he make the king?

Will he behave like Margai and choose the opposite direction or will he become the prodigal son and go back to his father begging for mercy?

Ahead of 2018 Parliamentary Electi...