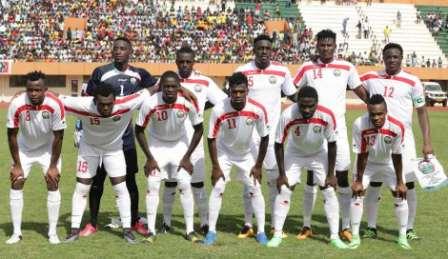 Kenya June 4th friendly with Palancas Negras of Angola to be played in Machakos has been called off.

The move leaves the FKF in search of a makeup friendly before their June 10 African Cup of Nations qualifier against away to Sierra Leone in Freetown.

FKF public relations and communication manager, Barry Otieno said: “Indeed, Angola have pulled out of the friendly due to the on-going preparations for the Africa Cup qualifiers. They travelled to Portugal and it has proved hard for them to honour the friendly. The federation will try to get a cover up but if our efforts will not be successful, we will prepare for the Sierra Leone game away,” Otieno was quoted as saying.

The friendly would have seen the Kenyan side use it as a final test before they embark on the qualifiers.

Angola withdrew from the friendly to focus on the Africa Cup of Nations duel against Burkina Faso set for June 9 away in Ouagadougou.

Nevertheless, Kenya have recently played Uganda to a 1-1 draw (March 23), defeated DRC 2-1 (March 26) and held Malawi to a goalless in April as part of their preparations for the upcoming qualifiers.

Meanwhile, the FKF have also confirmed that they will arrive in Freetown on the 8th June 2017 with a 31-man delegation for the opener of the 2019 Africa Cup of Nations qualifier in Freetown June 10th and they will depart on the 11th June 2017.

According to the Sierra Leone Football Association, (SLFA) the FKF foreman, however, will arrive on the 5th June to do the necessary groundwork awaiting the landing of the full delegation.