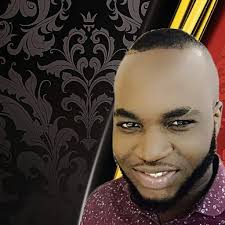 Kingston, Jamaica, May 15, 2017–  Buzzing parties, jaw dropping photos from around the globe, and an epic dance battle are all part of the promotions surrounding United Kingdom based, Sierra Leonean artiste Kainawa’s new single “STUNT”.

The pulsating, and daring Afrohouse anthem was produced by Leandro “LeoBeatz” Correia; an Angola born, Portugal based Producer that has numerous Afrohouse hits to his credit.  STUNT is also the theme song of the STUNT Global campaign that consists of the: “STUNTPIC” selfie challenge, the Crew Vs Crew Dance Battle, and the ‘Party Alert Promotion’.

The STUNT Global campaign is being piloted by Jamiaca based Artiste Management and Marketing Company Grey Cube Entertainment, which also manages Kainawa.

The company’s Marketing and Public Relations Manager, Mellica McPherson announced that the song and revolving promotions are fueling an exciting entertainment hub that is linked by the special hashtag — #stuntglobal.

“Global is indeed the nature of this campaign which fuses Kainawa’s STUNT with a number of exciting events,” McPherson announced.

The STUNTPIC challenge pushes the selfie trend up a notch to include sound-tracking, which is a common professional photo shoot practice. Now, having background music while taking a glam shot is not just reserved for supermodels. Everyone is encouraged to let their stunning or their quirky show by sound-tracking their STUNTPIC with the STUNT Anthem!

Snapchat users and video clip makers can also get in on the STUNT fun with the ‘Party Alert Promotion,’ by displaying their talent on the dance floor or however they choose. The only requirement is that they share the video via #stuntglobal.

McPherson said that the ‘Party Alert Promotion’ will link a number of fun events, and parties in an exhilarating and interactive way. She also said that the Party Alert is a great opportunity for promoters and venues to better connect with their patrons.

The song also inspired a “Crew Vs Crew” online dance battle, where dance crews will represent their countries in the STUNT dance challenge; and online viewers will vote for the winner.

STUNT, which is the quintessential party soundtrack is one of three songs the artiste is releasing this summer.

Kainawa said the second summer track which is coming in July is more than another dance tune: “Oka takes me down memory lane –to times of watching my older relatives dancing at gatherings both here in the United Kingdom, and back in Africa. It’s not just the music, it’s the urge to dance,” the artiste declared.

The young artiste also spoke to the inspiration for his third song Melody: “Every year I travel to the Caribbean, and one thing I have come to appreciate is the power of Soca! Melody is my interpretation of this genre that my Caribbean friends and family proudly declares is “ah lifestyle,” Kainawa said referring to his August release.

Sierra Leone Could Survive On Tour...