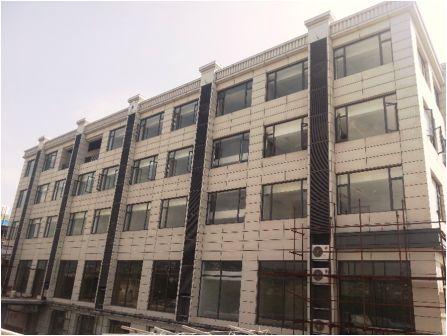 The General Manager stated that when the hotel comes into full operation in three months’ time from now, they will have employed over 150 staff.  He said the Atlantic Lumley Hotel will be 95% Sierra Leonean based staff. He emphasized that they are going to work according to the labour laws of the country.

He spoke about the level of safety which they have put in place for guests, staff and the facilities.  The General Manager talks how he will work with locals to upgrade their skills for them to survive.  Sampson Fung described Atlantic Lumley Hotel as a 5-star hotel that is ready to change the face of the country and boost tourism. The hotel will have 57 rooms with 3 presidential suites, 3 restaurants, and a bar, local and international food, and a conference room.  The hotel when open will have a spacious parking center with 24 hours security.

The General Manager explained that the project started in 2012 when they set the foundation.  After this initial stage, business was complicated as Ebola attacked the country and they had to stop work for the safety of their workers.

The General Manager went further to say in 2016 the project kicked off again and now they are at the completion stage.  He spoke about their Corporate Social Responsibility as one that is going to be top on their agenda, explaining about the donations they plan to make to the less opportune children, and the distribution of Chinese books among others.

“Our target is to provide a 5-star services to our guests. Our hotel rooms have lots of facilities and quality and standard is our goal.” Atlantic Lumley Hotel, Human Resource Manager Lonnel Saled Kargbo described the hotel as one that is next to none in the country.

“It is a 5-star hotel, with all the facilities of a 5-star. The different pattern in terms of construction of this hotel, no other hotel has such design in this country.  It is a hotel with a difference, built according to international safety standards, including fire extinguishers and other special equipment in terms of safety, for guests, staff, and the facilities as a whole.”