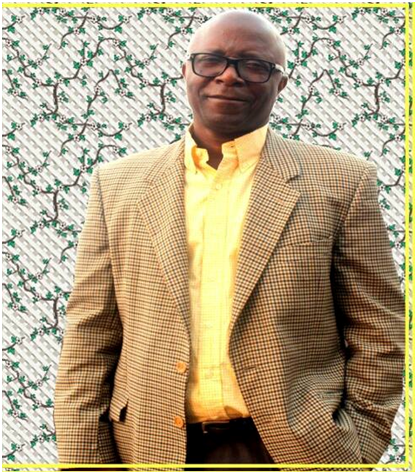 Forming the bulk of the population of Sierra Leone, farmers who are mostly subsistent, make up more than 70% of the population of the country; and even in their poor state of affairs; form the backbone of the economy.  (Photo: Peter M. Kaindaneh, Programme Manager-SCP/GAFSP)

Therefore, if the country’s growth and development agenda are to be realized, inevitable priorities must be placed on both the individual and organizational growth of the farmer’s wealth as the Smallholder Commercialization Programme (SCP), with funding from the Global Agriculture and Food Security Programme (GAFSP) now does for beneficiary farmers in its nine operational districts in the country.

Under the framework of government’s Agenda for Prosperity- the country’s second generation Poverty Reduction Strategy Paper (PRSP), the National Sustainable Agriculture Development Plan (NSADP) was launched as Sierra Leone’s Country Compact Programme (CAADP) in September 2009. The broad vision of the NSADP during its formation in 2009 was to make agriculture the engine for socio-economic growth and development through commercial agriculture and the promotion of the private sector or farmer-based organisations (FBOs). To actualise this dream, the Government of Sierra Leone (GoSL) “Global Agriculture and Food Security Programme” (SCP-GAFSP), in close consultation with key stakeholders, operationalized the NSADP on a national scale, prioritising the Smallholder Commercialization Programme (SCP) as having the potential to achieve the greatest impact in terms of improved food security and wealth generation for the most vulnerable population in the short and medium term framework.

The SCP now focuses on the intensification, diversification and commercialisation of smallholder agriculture supported by ongoing Government and donor funded projects and programmes.

As part of the implantation drive, in June 2010, the multi-donor financing facility Global Agriculture and Food Security Programme (SCP-GAFSP) approved a USD 50 million proposal presented by the GoSL in support of components 1 (smallholder agriculture commercialization: production intensification, diversification, value addition and marketing), 2 (small scale irrigation development) and 6 (component 3 of the proposal) (SCP Planning, Coordination, Monitoring and Evaluation) of the SCP and is now making waves and waves of development transformations across the country in its nine operational districts.

One key intervention of the SCP GAFSP is the rehabilitation of abandoned farms managed by widows/female headed households or the youth and other smallholders’ plantation owners.

In the South-eastern flanks of the Northern district of Tonkolili, where independent media visits were done in early April 2017, farmers whose crops now undergo rehabilitation are grateful and are positive that in two years-time, their yields in their cocoa farms would be tripled.

At the Crop Science Department of the Njala University in the Southern District of Moyamba, there is the establishment of the largest government supported improved variety (tenera) oil palm pre-nursery in post-conflict Sierra Leone, established by GAFSP for onward distribution in nine districts. Over half a million; specifically five hundred and forty thousand (540,000) seedlings have been planted for distribution to the community nurseries. This will be distributed to over three thousand (3,000) farmer beneficiaries with each benefitting farmer having 1ha (2.5 acre) of the golden oil palm tree to enhance cash cropping in districts where priorities where hitherto not given to cash crop production.

Head of the GAFSP Oil Palm Nursery Programme, Dr. Allieu Mohamed Bah of the School of Crop Science, University of Sierra Leone told visiting journalists that the variety is an improved one from Palm Elite in Benin and that progress so far from the pre-germination to the nursery stage has been satisfactory.

The GAFSP project is currently transforming a total of 52 Agricultural Business Centres (ABCs) into viable cooperatives that cater for their own needs according to their areas of specialization and strength in terms of production, develop their own business plans and operate their business centres with training, support and supervision from GAFSP and the Apex (Agricultural) Bank through the Community and Village Banks (Financial Services Associations-FSAs).

Here, the policy is that women should represent at least 50% of the ABC membership, 25% of the management and at least 30% of the ABC staff.  Specific capacity building training focusing on business management will be provided to them; the project Information, Education and Communications Officer, George Nyambe Williams affirms.

At the Holima Agricultural Business Centre in the Southern District of Bo where premier gari production is the mainstay, Mariama Koroma who is chairlady of the ABC told visiting journalists that her ABC is one of the 52 that has qualified for transformation in the GAFSP programme and that plans to commence the process are already underway. We have completed our business plan and submitted it to the APEX Bank, training for our members have been undertaken, our needs identified as tailored in the business plan and procurement of our equipment is now been done by us in consonance with the APEX Bank.

One of the Inland Valley Swamps that have been transformed for year-round farming in Bondoyela village (Bo District); farmers ply their trade throughout the year with rice and mix-farm practices because of the perennial supply and control of water that has been engineered at their 14.5 hectres of mass swamp facility in the outskirt of the city of Bo.

Chairperson of the Salima Farmers Association Aminata Kallon said where yields used to be five bushels when three bushels were planted, she now gets ten bushels every three months after harvesting. This, she told journalists now pays the school fees for my seven children who are all now mostly in Secondary Schools.

Aminata used to harvest a paltry 5 bushels from the 3 bushels she used to plant and she now benefits a while lot than she used to when the swamps where she plied her trade was unformed, wild and undeveloped.

With the IVS, farmers are organised into farmer Based Organisation (FBOs), with a minimum of 30 percent of women in among the FBO’s executives or in the committees and female facilitators are encouraged. Group formation focuses on capacity building to achieve active participation of all, including the poorest, most vulnerable and marginalised, particularly female heads of household, male and female youth and landless; George Nyambe Williams told colleague journalists.

Our People and the Making of our Wealth.

Peter M. Kaindaneh is the Programme Manager of the SCP/GAFSP Programme Management Unit (PMU). He expressed confidence that in the wake of the project implementation, it is expected that the rural population in particular young people and women, would be supported to take advantage of opportunities provided by the various components and that access to assets, including land, microfinance and technical know-how, will enable them to increase and diversify food production, enter into value adding and marketing activities and raise incomes to sustain their livelihoods.

This, he noted, will increase the availability of food at household, regional and national levels, increase incomes and Government revenues and make the rural space more attractive for young people.

The SCP/GAFSP is an agricultural recovery programme with the aim to contribute significantly to food-security and poverty alleviation in the country. The project operates in all four southern districts, Kambia, portloko, Tonkolili and Bombali in the north and the Western Rural district.