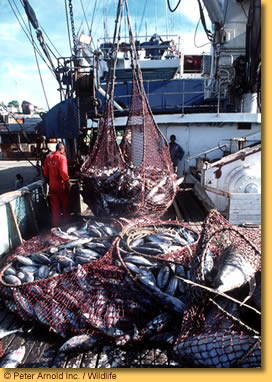 FREETOWN, April 13, 2017 —  At the invitation of the Joint Operations Center (JOC) in Murray Town, officials from Sierra Leone Ministries, Departments, and Agencies (MDAs) responsible for maritime affairs and fisheries today joined the World Bank Country Manager, the U.S. Ambassador, and the Charge d’Affaires of the European Union Delegation to tour the JOC and to discuss ways to better cooperate in protecting and developing Sierra Leone’s maritime domain.

The JOC recently underwent upgrades funded by the U.S. Government, including the installation of coastal radar, a ship transponder identification system, and technological upgrades to JOC computers. These upgrades give the JOC a much-improved ability to combat the many illegal activities taking place offshore, including piracy, smuggling, trafficking, and illegal fishing. The system was successfully tested by Sierra Leone’s Joint Maritime Committee last month in a large-scale maritime exercise hosted by the United States military’s Africa Command.

The upgrades at the JOC mirror similar significant investment at the JOC by the World Bank. The World Bank’s support helped bring all stakeholders in the JOC together to agree on joint management of the maritime zone as well as providing equipment, four years of staff training, and fuel and operating costs to develop JOC capabilities.

The European Union is working closely with the authorities in Sierra Leone to support them in strengthening their fight against illegal, unregulated, and unreported (IUU) fishing through a formal dialogue process under the European Union IUU Regulation. This dialogue focuses on governance systems as well as the practical aspects of control.

In comments after the tour, World Bank Country Manager Parminder Brar said the Bank is committed to continuing its successful partnership with the Government of Sierra Leone through the West African Regional Fisheries Program (WARFP). West African fishing grounds are some of the richest fishing grounds in the world. IUU remains a major challenge through weak regional co-ordination, poor compliance, inadequate monitoring, lack of transparency and governance challenges. Sierra Leone has shown that governments are increasingly capable of fighting back and ensuring that African fisheries wealth benefit people in Africa. The World Bank recognizes the challenges Sierra Leone faces in managing its natural resources. The Bank remains fully committed to supporting the government in ensuring that the fisheries sector is sustainable and profitable for the benefit of the people of Sierra Leone.

U.S. Ambassador John Hoover added, “Sierra Leone’s waters are being severely exploited by people who do not wish the country well. With the radar system and other upgrades at the JOC, we call on the JOC to aggressively protect the country’s maritime space by detecting, interdicting, and fining illegal vessels in Sierra Leone waters. We call on the rest of government to assist in finalizing Sierra Leone’s National Maritime Strategy and to fully support the JOC in this important effort.”

The Charge d’Affaires of the European Union Delegation Inga Krastina noted, “Fighting illegal activities at sea, and especially IUU fishing are critical for Sierra Leone, particularly in terms of ensuring food security for the nation. Sierra Leoneans depend heavily on fish for protein and IUU fishing deprives the country of both this fish, as well as revenue from well-managed fisheries. The EU is working with the authorities and other development partners to fight IUU fishing. No one can fight IUU fishing alone and for this reason the EU encourages Sierra Leone to reinforce regional cooperation too.”