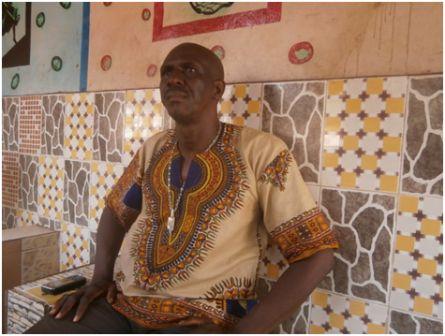 The said program will take place at  Med Kay’s Eastern Paddy’s Night Club/Vocational Institute on Old Road, Kissy Bye-pass in Freetown during which period the Chairman and Leader of the party, His Excellency President Dr. Ernest Bai Koroma, chiefs, religious leaders and the general public will grace the occasion.

It could be recalled that since the defection of Med Kay from the main opposition Sierra Leone Peoples Party (SLPP) to the APC, many supporters of the APC especially women groups at Kissy axis have not only been paying visit at his residence with congratulation messages but they also promised to rally round behind him until his dream comes true.

A cross section of women intimated that Mr. Kamara’s defection to the APC clearly demonstrated that he is a man that always walking towards the path of success and development. “We love Med Kay because he is a man who has helped in the transformation of our society especially in the area of awarding scholarships to school pupils and those in tertiary education level.’’

Responding to comments made by his admirers, Med Kay expressed happiness over the warm reception accorded him from executive and ordinary members of the party and promised to always listen and act upon their advice and recommendation.

He encouraged members to always visit his office for developmental initiatives stressing that he is working in an open door policy and emphasizing on the vision to help grass roots people particularly vulnerable women who find it difficult to eke a living.