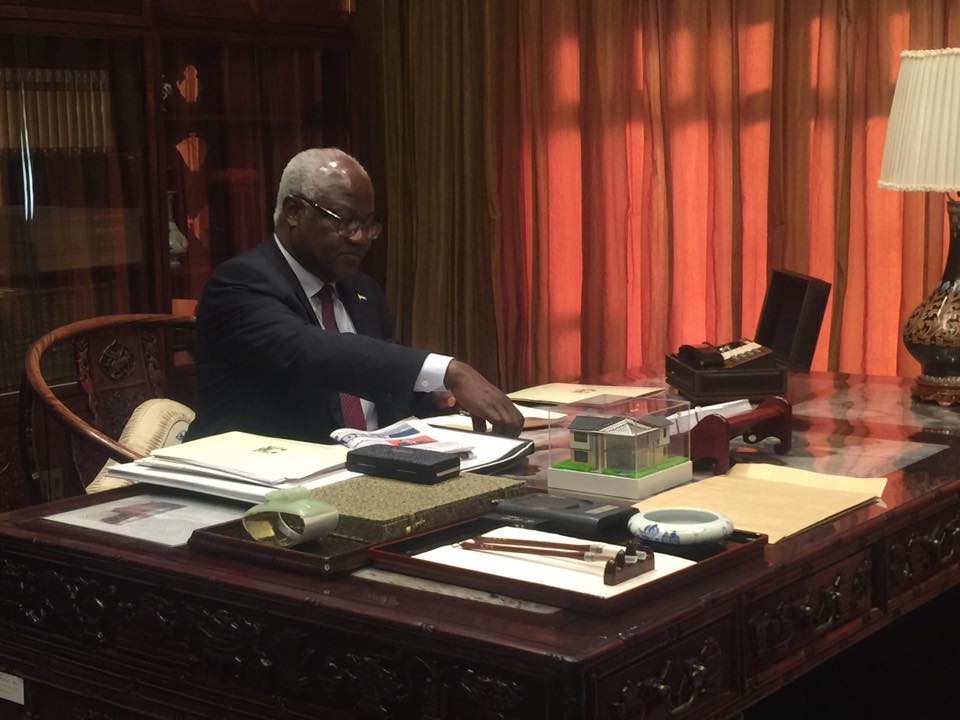 A Rebuttal By Kwame Yankson

Mahmud Tim Kargbo’s February 25th , 2017 online publication in Leoneconnect.net in which he took a swipe at His Excellency Dr. Ernest Bai Koroma’s almost a decade long stewardship as President and Leader of the All People’s Congress is not only unfair but subjective to say the least.

According to Mahmud, “… but there’s no way a potential APC Presidential flagship would be treated seriously by the people of this country if he confines his campaign manifesto under the very narrow path “continuing with President Koroma’s Legacy” taking into keen consideration the massive poverty and economic destruction the said legacy has caused this nation”

I don’t know which yardstick Mahmud used to define the current international economic meltdown to resonate in his own terms with poverty and so called economic destruction in Sierra Leone. Be that as it may, my little economics informs me that Sierra Leone was one of the fastest growing economies between 2012 and 2015 until Ebola struck and the global price of iron ore dropped and reversed all the gains made by President Koroma and his Government. Prior to this period, the foreign exchange rate was stable, the economy buoyant and youths were actively engaged with productive work in the mines.

President Koroma assumed power in 2007, when Freetown was classified as the darkest city in Africa. He raised electricity production from an annual 47million Kwh in 2007 to 259 million Kwh in 2015 and to over 300million Kwh in 2016. This accounts for a 538% increase in energy production in spite of the twin shocks of Ebola and a reduction in the price of Iron ore in the global market(EDSA 2017). That is not to say that the President has achieved his vision 2025 of providing Power for All. You see where continuity comes into play?

Further to the above, the Bumbuna hydro power dam has been completed, the dam in Port Loko has also been completed, the Bikongoh dam in Kono is under construction, the Dodo dam is under rehabilitation and expansion to name a few. Energy supply now reaches over 50,000 households in Sierra Leone.

Mr. Kargbo, President Koroma has constructed the road from Kenema to Kailahun, Tonkolili to Koidu, Port Loko to Lungi and all the major cities since he assumed office in 2007. Are these not positive legacies that an APC Flagbearer could use to win an election?

The economic benefits derived from using these roads are immense. Farmers now have quick and easy access to the markets and their especially, perishable goods are now saved from destruction. Thanks to the visionary leadership of President Koroma.

Mahmud, “…they need to know clearly and understand that President Koroma’s Democracy on its own isn’t specifically meant to lower inequality as written in the DNA of democracy ever since the founding fathers discovered it…”

In a democratic culture, you build institutions and capacitate people to develop these institutions through the development of policies and legislative instruments for effective service delivery. This is  exactly what President Koroma has done over the last nine years. To lower inequality, he has empowered women through the enactment of the Devolution of Estates Act, the Customary Marriage Act, established the Legal Aid Board to provide justice to the disadvantaged and vulnerable groups. He has strengthened the rule of law by reviewing the salaries of Judges  and every district now has a Magistrate Court.

He amended the Anti Corruption Act to give the Commission prosecutorial powers, thus making our Act the strongest in Africa.

Sierra Leone has passed the Corruption Control threshold of the Millennium Challenge Corporation(MCC) under President Koroma. The country progressed by 39 ranking points on the corruption Perception Index of Transparency International. Prior to that the country was second to last.

These are all moves by the President to combat corruption and help narrow the gap between the haves and have not’s. Again a major legacy of the President.

Your concept of transitional political elections involving the people to gauge their opinion and views is already applicable under the Open Government Initiative(OGI) created by the man with the most solid and positive legacy in the history of governance in Sierra Leone, Dr. Ernest Bai Koroma.

The late President Kabbah of blessed memory left a legacy of setting up the National Social Security and Insurance Trust (NASSIT) and the National Revenue Authority(NRA) which President Koroma is using to generate revenue for the benefit of all Sierra Leoneans. That is continuity in governance.

Security is paramount for any democracy to strive. In this regard Sierra Leone, since the tenure of President Koroma has enjoyed peace and quietude. Sierra Leone is among the first Ten(10) most peaceful countries in Africa.

On democratic governance, Sierra Leone has attained international accolades under President Koroma, as such, he was recognised and appointed to lead the C-10 African Union on Reform of the United Nations.

President Koroma’s record on Press Freedom is exceptional. Since he assumed office, no Journalist has been incarcerated for voicing out his views and opinions on issues bordering on governance. Even when Mahmud yourself fell foul of the law and was charged with criminal offences, it was the magnanimity and forgiving spirit of President Koroma that ushered your release and freedom. Now you are paying him back by attempting to destroy him and his legacy.

The opposition parties in Sierra Leone, like in all African democracies will not sing any hymn contrary to your (Mahmud’s)views. They will always  condemn and accuse the ruling party of corruption, poverty, nepotism and all the isms but cannot proffer any concrete solution to combat the menace. They have no tangible deliverables that will see the back of APC come 2018. On the contrary, the APC Flagbearer will rely on the legacy of President Koroma as his platform for retaining power and the people will hold him in trust to do more.

Political governance the world over is predicated on the concept of continuity. Even President Trump is building on some of the good policies of former President Obama and redesigning some as government cannot be run in a vacuum. If you do a little more research, you will find out that President Koroma’s legacy is so solid that any flagbearer with a clean track record like Joseph F. Kamara can easily win the Presidential race for the APC without going for a runoff.

I am Unshakably APC for Life JFK R...