Broadening Opportunities of Growth in Africa’s Partnership with China 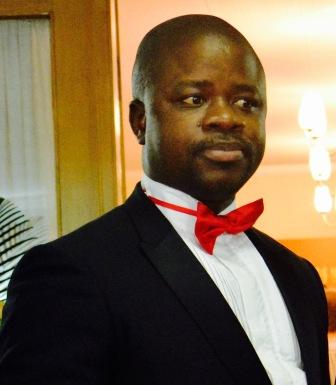 Broadening Opportunities of Growth in Africa’s Partnership with China

The year just ended (2016) saw the commencement of the 2015 Forum On China-Africa Cooperation outcomes, following the sixth 2015 (FOCAC) summit held in South Africa.  At the said summit, China increased her financing commitment and growth priorities in Africa to $60 billion, compared to $20 billion in 2012.

That summit ended with the approval of the Johannesburg Declaration of FOCAC and the FOCAC-Johannesburg action plans (2016-2018), all providing guide for Africa and China to conduct reciprocally beneficial cooperation.

It further and explicitly made clear further areas of development cooperation as in agriculture and food security, industry Partnership and Capacity Cooperation, energy and natural resources, marine, tourism and cultural cooperation.

Attended by leaders/ representatives of about 50 African countries, and the first FOCAC since President Xi Jinping took office in 2013, African leaders expressed willingness to participate fully in the China-proposed Belt and Road Initiative, amongst other areas of cooperation.

Established in 2000, (FOCAC) serves as a strategic development cooperation platform between China and Africa, both having enjoyed decades of cooperation and friendship beyond the level of governments.

That said there still are more available windows of opportunities for development cooperation between the continent and China. The McKinsey Global Institute (MGI) IN 2010 depicted African economies potential and progress as “lions on the move.” Africa, it states, “could nearly double its manufacturing output to $930 billion in 2025 from $500 billion today, provided countries take decisive action to create an improved environment for manufacturers.”

And despite global challenges like the collapse of global commodity prices, the continent’s economic lions are still moving forward.  Generally, Africa continues to witness huge progress in its growth performance, registering positive growth rates in per capita GDP terms.

On the other hand, China is experiencing a period of record economic growth. This is good for developing nations.  Her role in the global economy has become noteworthy. It continues to significantly contribute to enhancing cooperation with Africa through trade, investment and aid-including debt exculpation, loan and grants.

Africa accounted for only 4% of China’s global trade, by 2011, making Africa’s relevance as a major Chinese trading partner evidently growing.  Chinese foreign direct investment in African countries grew from $500 million in 2003 to almost $15 billion by 2012. China has been Africa’s biggest trade partner since 2009. Bilateral trade has grown from $11 billion in 2000 to nearly $210 billion in 2015. (Read- China–Africa Co-operation: Capacity Building and Social Responsibility of Investments)

This massive capital infrastructure investment is what Africa should continue to pursue in line with the FOCAC framework of development cooperation. The availability of minerals like ore provides a promising future for the continent. However, recent drop in price of such commodity gives a clear call for African economies to be diversified.

It is more realistic, writes Prof. Olu Ajakaiye (China and Africa – Opportunities and Challenges) for Africa to focus on designing suitable partnership arrangement aimed at taking maximum advantage of the opportunities presented by the emergence of China on the world stage …”

China needs raw materials and agricultural products, which meets Africa’s needs in terms of infrastructure and human resource growth. Ensuring fitting partnership arrangement so as to effectively use the available opportunities that both the continent and China have got to offer each other for their respective growths could be a challenge, but with possibility of turning such into a long term growth opportunity.

Sierra Leone gets US$4 Million gra...