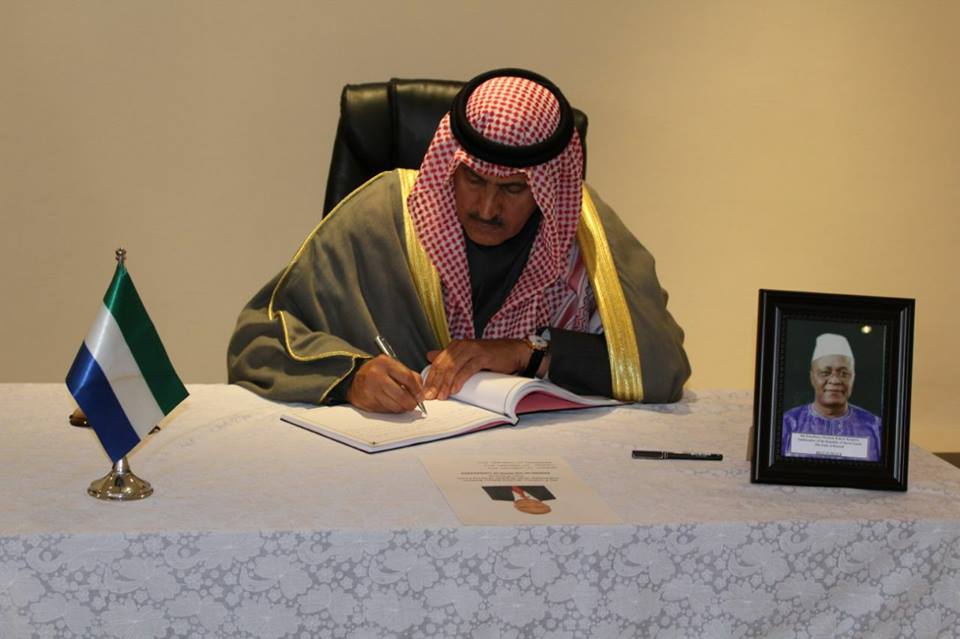 Following the passing away of H.E. Ambassador Ibrahim Bakarr Kamara on Wednesday 8th February 2017, the Sierra Leone Mission in Kuwait  opened a Book of Condolence at the Chancery from Monday 13th to Wednesday 15th February 2017. (Deputy Kuwait FM signing book of condolence)
Top Government Officials of the State of Kuwait,  diplomats and the business community flooded the Embassy in shock and disbelief to honour and pay their respect to a fallen hero that they all admired and respected in the diplomatic circles. The signing of the book of condolence was led by the Ambassador of the Republic of Senegal in his capacity as Dean of the Diplomatic Corps followed by an array of other colleagues some of whom could not hold the tears on their eyes.
The Deputy Minister of Foreign Affairs signed on behalf of the First  Prime Minister and Minister of Foreign Affairs and on whose behalf a special letter of Condolence was presented to the Head of Chancery, Mr. Duwai Lungay, for his colleague the Government and people of Sierra Leone for such a great loss.
Stay with Sierra Express Media, for your trusted place in news!

Ties With China Based On Core Valu...