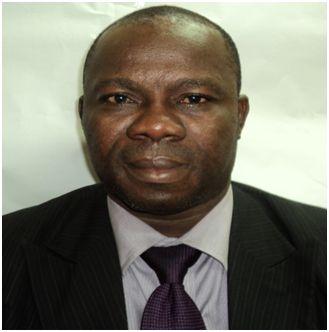 Amara Kargbo has professional, administrative and technical competence with qualifications and strong background in Economics, Information, Communications Technology, leadership and management training, experience in administrative and human resources management which several people, especially the Board of Directors of NASSIT, makes him highly-competent, qualified and suitable for the position that requires someone who is conscientious, diligent and disciplined in addition to both technical and administrative abilities which he has clearly demonstrated.

In an exclusive interview with the newly-appointed Deputy Director General II, Amara Kargbo said that he has provided leadership in aligning the activities of various divisions at NASSIT to achieve the strategic goals of the Trust and successfully implemented an Electronic Document and Records Management System (EDRMS) that has contributed greatly to the attainment of one of strategic goals for the maintenance of NASSIT members’ records and their integrity.

He disclosed that he joined NASSIT as Head of Department since its inception in May 2002 and rose through the ranks to became a Director in September, 2006 noting, “I therefore possess tremendous institutional knowledge and experience as I have served in the top management positions notably as Director, Information, Communications and Technology, Acting Deputy Director General, Administration and Human Resources, Public and Corporate Affairs, Acting Deputy Director General, Membership, Finance, Investment and Projects and Acting Director General.”

Amara Kargbo outlined some of the major achievements at NASSIT citing the EDRMS that has increased efficiency, staff productivity and operational efficiency, effective information storage, retrieval and access through defined business rules and training; combated the risks of fire hazard, natural disasters and malicious human interference among others that would disrupt operations.

He continued that the EDRMS has also contributed to the establishment and capture of members’ documents that are now available on-line and in real time; that staff response time to members’ inquiries are now effective; that the new system protects the documents of contributors from unauthorized alteration as well as increases accountability, improves governance, greater security and strict access control over sensitive information.

The Deputy DG II stated that he has successfully managed the operations of the divisions including personnel and customer related issues, developed and implemented information technology initiatives that advance operational efficiency, improved decision-making and communication, derived cost efficiency and strengthened financial reporting and controls adding, “thus, the trust can now deliver better and improved services to our customers. The implementation of the Trust’s operational application has greatly improved the processing of benefits and minimized fraud.”

He further disclosed that he has provided technical supervision in the design and successful implementation of the ICT components of the Archives and Records Center that was recently commissioned at Newton, Waterloo for the security of members’ records and data revealing that the center is also part of NASSIT’s business continuity and disaster recovery plan and also provided executive leadership in IT strategic and operational planning in achieving business goals by fostering innovations, prioritizing complex IT initiatives across the organisation.

According to Amara Kargbo, he has prioritized and coordinated the work of the directorate and divisions, worked collaboratively towards fulfilling the Trust’s mandate and ensure improvements in the corporate image of NASSIT.

He also acted as Chairman for various committees including Project Steering; Public and Corporate Affairs, Tender and Procurement; Balance Score Card/Human Resource Development, Staff Welfare, Staff Disciplinary; Administration and Facilities among others in addition to prioritizing and coordinating the work of the Directorate and divisions and worked collaboratively towards the Trust’s mandate as well as managed its assets and facilities.