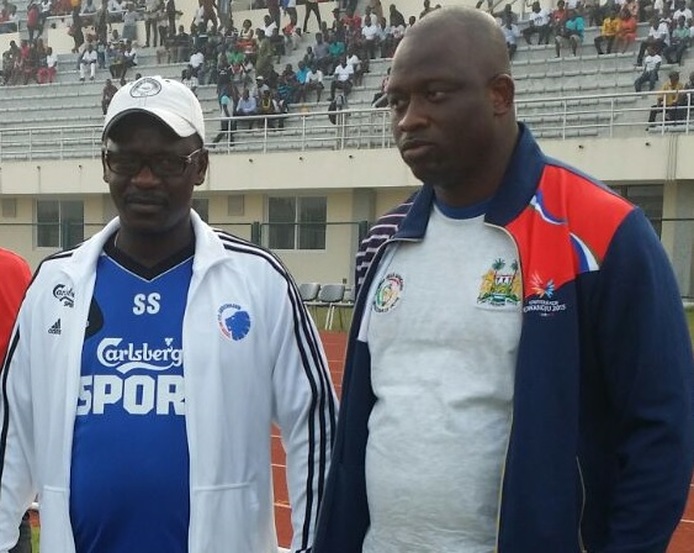 The Director of Sports in the Ministry of Sports, Mr. Ibrahim Bangura has highlighted successes and achievement made by the sector.

Bangura was speaking during a power point presentation at the ongoing national bilateral budget discussion at the Miatta Conference Hall in Freetown last Tuesday when he informed that, the Ministry is faced with unavoidable challenges but acknowledged that the Ministry has done a lot in transforming sporting activities in the country.

He disclosed that, the aim of the Ministry is to provide a level playing field for the development of young talents in society by encouraging sporting professionals.

The Director of Sports disputed the fact that the country’s Football sector lacks training equipments and other sports facilities ,pointing out that, the Ministry of sports owed FIFA over three hundred and forty five thousand dollars.

He also recalled that Parliament has ratified the anti-doping convention on 4th June 2015 and President Koroma has signed the document on the 22nd July last year affirming that a copy was forwarded to the World Anti-doping Agency (WADA).

The Permanent Secretary in the Ministry of Sports, BK Idriss said in 2016, the Ministry of Finance allocated 4,666, 078, and 369 which they described as a meager amount for the administration of the whole Ministry.

He also disclosed that, the National Sport Council has organized a national boxing contest and that Sierra Leone took part in the international Cricket (ICC) in South Africa and the world cricket league.

The Director also discussed on the implementation of the anti duping convention and disclosed that the Ministry has also trained many coaches in all sporting discipline but also observed that, lack of sufficient funds to implement vital sporting activities by the Ministry has been one of the biggest challenges.

He stated among other things that the Ministry has succeeded in procuring vehicles and also rehabilitated the Siaka Stevens Stadium and increased the sitting capacity of Bo Stadium.