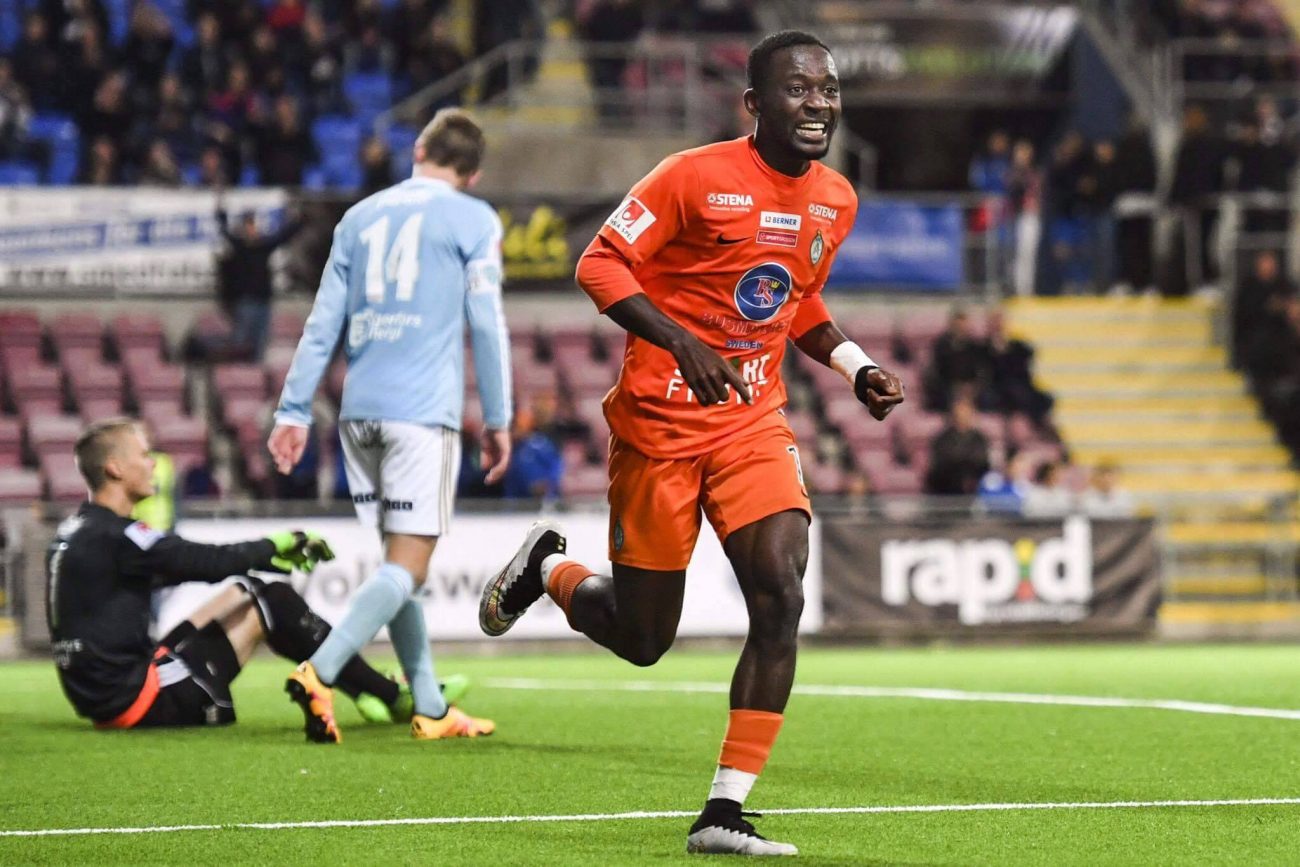 Sierra Leone-born Mohamed Buya Turay, who has bagged 8 goals this season in 24 appearances for AFC United in the Swedish Superettan, is determined to try and help the club get into the Swedish top flight with five decisive games to go.

The 21-year-old, who has been very instrumental since his arrival in Sweden has yet to be recognised on an international level.

Turay has enjoyed productive spells at Juventus IF, Västerås SK and AFC United this season, scoring a total of 40 goals in as many games.

He scored an impressive brace for AFC United last Tuesday as they thrashed Degerfors 5-1 in the Swedish Superettan.

The fine responsive attacker made sure of the points in the 87th and 90th minutes respectively, powering home his side’s fourth and fifth goals.

AFC United are closing in on promotion, they are third and only three points adrift of league leaders Sirius.

“Promotion has got to be our target,” said Turay. “Everyone at the club is determined.”

“We’ve got to be looking to get promoted and get to the top of the Swedish radar where I think the club belongs.

“I’m really hopeful that we can achieve that come next season,” Turay told footballsierraleone.net.

“I’m happy with my development since I arrived in Sweden 3rd of January 2013, I have scored a total of 40 goals in all competitions between Juventus If, VSK and AFC United.”

“My childhood local club is Mattia FC Waterloo in the Western Area of Sierra Leone .”

Facts about Sierra Leone: A Progre...