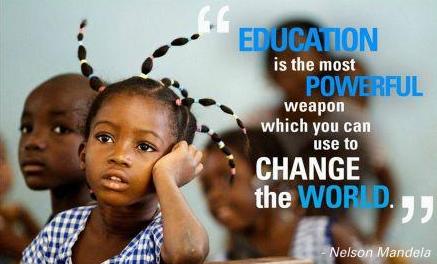 The aim of the summit was for Sierra Leone to join other countries in the Africa Union (AU) campaign to end child marriage.

The Head of Advocacy and Communications, Mariama Zombo, who represented the Country Director of Plan International, Mr. Casely Ato Coleman, emphasized that they have interest in girl-child education as they have lagged behind.

She noted that children were not sent to school previously by their parents but the bye-laws compelling parents to send their children to school has recently been enacted.

Mariama Zombo stressed that the issue of child marriage must stop and warned the local authorities to be aware of the consequences and the bye-laws.

The Plan Head of Advocacy and Communications recounted what the organization has done for Sierra Leonean children despite they are still suffering, adding that the objective of the summit was to look at child marriage and how to put an end to it.

In his statement, the Deputy Chief Administrator of Kabala District Council, Mr. Gbawuru Sillah, welcomed Plan International on behalf of the people of Koinadugu District.

The Deputy Chief Administrator also thanked stakeholders for attending the girls’ summit, noting that married children don’t achieve what they actually want to be in society.

He assured Plan International of their support and their desire to aid the dissemination of messages to the nook and cranny of the district in order to end child marriage.

Mr. Gbawuru Sillah therefore encouraged the girl-child to concentrate on their education, adding that the council is a very powerful tool in disseminating messages through the councillors about child marriage and its effect to the child and the country.

A representative of Child Forum Network (CFN) in Bombali District stated that they are solidly behind the women and girls to end child marriage.

Deputy Regional Director in the Ministry of Social Welfare, Gender and Children Affairs, Josephine Saccoh, emphasized that women are the most important resources in every country and that they must stand out and ensure that children are educated as they have important role to play in ensuring that children start and complete schooling and not allow men to tamper with them.

A representative of the Kabala Police Station Family Support Unity (FSU), Hawanatu Johnson, appealed to the boys to give the girls a chance to go to school as the power is in their hands.

She assured that they would investigate and send to court people who refuse to report any incidence of child marriage.

The FSU representative called on Plan International to intensify their sensitization on child marriage, adding that any perpetrators would be tried and jailed.

A representative of Defence for Children International (DCI), Samira Holloway, supported Plan International and other Non-Governmental Organisations (NGOs) and Government Ministries to work hand in glove in propagating the issue of child marriage.

The ‘Sowie’ representative, Madam Mariama Mansaray, lamented that she is a victim of early marriage and that she suffered during time of delivery. She therefore called on all parents to stop forcing their children into early marriage.

Paramount Chief Lahai Marrah of Bafodeya Yagala Chiefdom assured that they will do everything to strictly enforce the bye-laws against child marriage which are already in exsistence.

The Commissioner of National Commission for Children (NCC), Susan Kargbo defined child marriage as a formal or informal union entered into with an individual before reaching the age of 18.

She pointed out that child marriage has a lot of negative implications on children and society as it affects children’s educational right and well-being.

Susan Kargbo said Article 34 (1) of the Child Right Act 2007 states that the minimum age of marriage whether formal or informal shall be 18 years, while Article 2 states that no person shall force a child to be betrothed, to be the subject of a dowry transaction or to be married.

She however noted that notwithstanding these legislations, the issue of early marriage remains one of the greatest challenges still affecting rural women and girls.

The Commissioner reiterated that the NCC was enacted by Parliament in 2007 as an independent body to assume several functions in monitoring the realisation of children’s rights in the country.

She disclosed that in line with their mandate and as a first step to kick-start discussions on enforcement and better implementation of the legislations against child marriage, the commission has conducted a research which findings are representative of the country.

The NCC boss further disclosed that the research revealed that child marriage is generally practised at all levels by different categories of individuals as the underlining reasons were found to be diversified and interrelated.

Commissioner Kargbo noted that the foundation of child marriage ranges from the educational system, knowledge and perception on policies, law enforcement, poor parenting, religion beliefs and traditional practices, the children themselves and, most importantly, the inconsistencies in the CRA and the Customary and Divorce Act.

She intimated that the launch of the Africa Union (AU) to end child marriage is another bold step in responding to the issue.

Commissioner Kargbo emphasized their commitment to improving on policies and other legal frameworks to protect the children’s right, while she called on partners to work with one goal to end child marriage in the country.

Recommendations from the summit included call for massive sensitization in the media and home-to-home; enforcement of the bye-laws; reviewing of the customary laws; Government and Non-Governmental Organisations (NGO) to support an end to child marriage.

The girls were schooled on what to do when they are confronted with the issue of child marriage and rape. They were also advised to say no to early marriage.

3 killed in Kabala riot in Sierra...