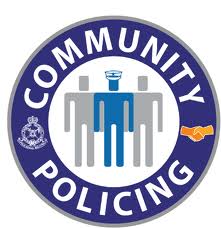 Welcoming participants to the meeting, the Chairman extended his profound thanks and appreciation to them for leaving their busy schedules to attend the meeting which he said was geared towards the security status of their community.

According to Ralph Jones, before now, Bo was under serious security threat as regards the rampant armed robbery in the city and attacks on unsuspected people.

He noted that cliques and other gender offences were on the increase in the communities, adding that it was against the backdrop of the increase in crime rate that the LPPB has intervened by providing security for its people in collaboration with the Sierra Leone Police (SLP).

Mr. Jones commended the SLP for their performance even thought they are working under serious constraints, while he encouraged the chiefs, community elders and the youths to be very vigilant and report all matters to the police.

He address assured the public of his cooperation, noting that the battle would be won with concerted effort.

On behalf of the AIG South, the Support Officer Bo East Division, Inspector Harry Tucker, expressed thanks and appreciation to members of the Lewabu community for their cooperation.

Security, he maintained, is every one’s concern and encouraged the public to be security conscious. Inspector Tucker also admonished the public not to condone even their children for crime as it hampers the development of any community and even the country.

By Hassan Juana Koroma in Bo

Community Policing At The Expense of Wha...