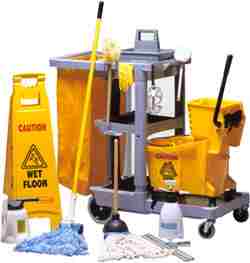 In its determination to prevent common illnesses like malaria and cholera within its locality, the Blackhall Road Youth Organization (BRYO) during the weekend  brought together young people within the  community to embark on robust and resilient cleaning exercise with the supervision of custodians and stakeholders.

This was disclosure   was made at a well attended meeting held at the Coconut Farm Community Centre.

The Chairman, Mr. Stanley Jarret,  emphasized the essence of fostering unity in the community.

He dilated on the manner in which mosquitoes are spreading malaria among  inhabitants which he attributed to the  indiscriminate dumping of garbage.

Mr. Jarret stressed that the main purpose of the meeting was to find possible solution for  the construction of two dilapidated bridges in the community.

“We are looking out for external assistance but we have to start by taxing ourselves if we are to succeed,” said Mr. Jarret, stressing on the importance of accountability and transparency if the community is  yearning for improvement.

Community Religious leaders also retitrated the importance of cleanliness and the danger of living in a squalid environment while calling for cooperation at all levels to prevent diseases by keeping it clean while they entreated the young people to push forward with what they described as “good initiative.”

The Chairman of the Blackhall Road Youth Organization, Ibrahim Koroma, disclosed that their Member of Parliament, Hon. J.K. Smith, has pledged her unflinching support to actualize the construction of the two dilapidated  bridges.

He dilated on the importance of helping concerned authorities in the implementation of the municipal bye-laws to control the random disposal of waste materials.

He therefore entreated the young people and elders to suppo-rt any decision they could arrive at in support of the cleaning initiative.

One of the community elders, Mr. Alusine Sesay, raised serious concern over the widespread lawlessness in the community which he blamed on lack of cooperation.

He therefore appealed to officers of the Sierra Leone Police (SLP), who also attended the meeting, to empower the community youth to arrest any defaulters and take them to the police station for action.

Mr. Sesay suggested for the formation of a team that would monitor the entire community for anybody that would attempt to deposit garbage in prohibited areas.

Officer-in-Charge of Community Relation Department at the Harbour Division, Inspector Baryoh, who represented the Local Unit Commander of the Ross Road Division, expressed disappointment at the reluctance of residents of the Coconut Farm Community to attend security meetings. He however acknowledged that cleaning exercise is community concern.

Inspector Baryoh stressed on the importance of security matters and therefore admonished the community people to establish a Local Police Partnership Board (LPPB) to secure their vicinity.