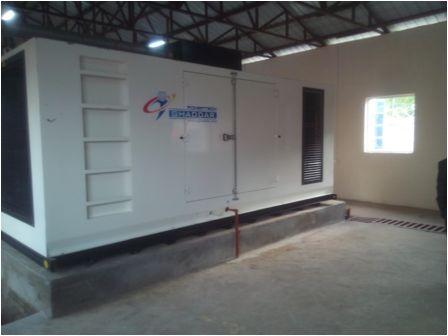 The Electricity Supply and Distribution Authority (EDSA) is currently working hand in glove to provide uninterrupted electricity supply to the people. There was a great jubilation in Magburaka Town in the Tonkolili District on Sunday with drumming and dancing by the people as they witnessed the commission of a 1.5megawatts electricity generator plant. The commissioning of the first phase of electrification of Magburaka Town and it’s environ was done by President Dr. Ernest Bai Koroma after over thirty years of blackout in the northern town.

Tonkolili District serves as a breadbasket in the country’s economy. It houses major companies like Addax Bioenergy, Shandong Iron Ore Company, major gold mining projects and the Bumbuna Hydro Electric Protect. The District has benefited from major projects like pipe-borne water, good roads in Magburaka Town, major academic institutions and other livelihood support from government and donors. The coming of electricity supply is expected to bring in more development to the District.

The Minister of Education, Science and Technology who chaired the ceremony said the project was speedily completed at the right time. Dr. Minkailu Bah pointed out that despite the major moves made by government to take development to the people; there are few ill-motivated individuals that are sabotaging these moves. He called on his people to resist bad people and ensure that they protect the electricity project.

The Member of Parliament for Constituency 059, Hon. Hassan Sesay said the government has performed it duty by bringing electricity supply to the people, and added that it is the responsibility of all to protect the project and ensure that it is sustained.

The Minister of Energy, Ambassador Henry O. Macauley said although Maguburaka Town is now having electricity, there is a lot more to do to connect other areas in the country. The phase one of the project, he said saw the installation of transformers, conductors and connecting households. He commended his team in the Ministry and Community People for the support. “Light is a right,” he said, and added that he will continue to work in line with the President’s Vision to connect the entire country.

President Koroma in his keynote address said Tonkolili is special to his heart and thanked the people for their patience, which is why they are now enjoying major supports. The second phase of the project, he said will run from Makeni unto Matotoka connecting towns and villages on highway. He promised that more solar lights will be installed in Chiefdom Headquarter Towns. “We are committed to bring sustainable development to the country. We remain focus in the energy sector and nothing will get us backward,” the President said, stating that they are trying to open up the sector so that the private sector will roll through. By 2030, he said everybody should have access to electricity.

Paramount Chief Nasa Kama Kanamanka III thanked the President and the Ministry of Energy for taking electricity to his Chiefdom. He promised to endure that the project is protected and sustained. 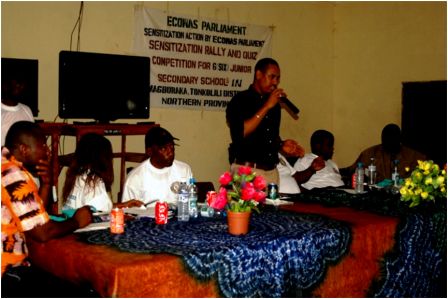 Manfanta Prisons, Much to Be Done