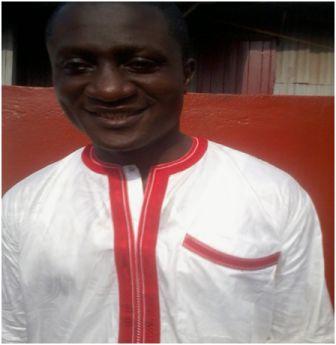 The Member of Parliament for Constituency 107, Hon. Francis Emmanuel Kowa, has been urged by constituents to fulfill his numerous promises during the parliamentary bye-election late last year.

According to one Mr. Charles Cole of William Street, “Hon. Francis Kowa (in photo) promised that his first project would be the cleaning of Samba Gutter if elected t Parliament but he is yet to fulfill that promise.

“We are worried over the cleaning of Samba Gutter because the first rains have already blocked the William Street Bridge thereby preventing water from running through the gutter,” Mr. Cole said, adding that if the gutter is not cleared before the heavy downpour, it would be a recipe for disaster.”

Many other constituents that spoke to this medium expressed their frustrations over Hon. Kowa’s inaction and compared it to the way and manner in which most politicians have deceived their constituents by reneging on their campaign promises.

Some of them suggested that the ruling All People’s Congress (APC) should not be awarding the party symbol to politicians who only come around their constituents during political campaign.

No country can develop in isolatio...