Ahead of Sudan tie, Leone Stars move up 10 places In Latest FIFA Rankings 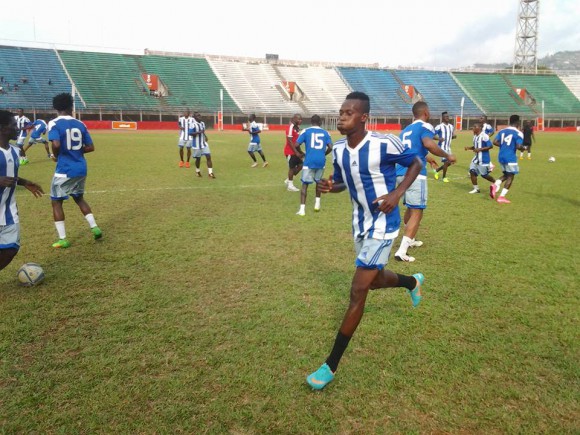 Ahead of Sudan tie, Leone Stars move up 10 places In Latest FIFA Rankings

According to the latest monthly rankings released by the world football’s governing body, the Leone Stars who were 118th last month, are now 108 and ranked 29th in Africa.

Sellas Tetteh’s side defeated Gabon 1-0 in March during the Africa Cup of Nations friendly in Freetown to record their first victory since the country was declared free of Ebola.

The victory against Gabon also marked their first win at home since defeating Seychelles 2-0 July 19, 2014.

This Saturday, the Leone Stars will host Sudan in the fifth round of the 2017 Africa Cup of Nations qualifiers.

The Sudanese are ranked 128 in the world and 40th in the continent.

In Africa, the Algerians remained the top team and ranked 32nd in the world. Ivory Coast’s Elephants and Ghana Black Stars are second and third in Africa and on number 36th and 37th respectively in the world.

The Argentines remain the top-ranked football team in the world with 1,532 points.