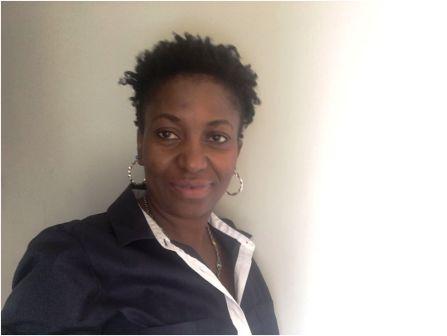 The Program Officer of Women’s Network for Environmental Sustainability (WoNES), Mrs. Nabeela Tunis, on Thursday 28th April 2016 informed this medium that the WoNES project ‘Strengthening Women and School Nature Clubs’ participation in climate change and environmental governance in the Western Area Rural District is tailored towards developing an integrated management approach to ensure inclusivity that would ensure ownership of the project by all stakeholders.  (Photo:  Mrs. Nabeela Tunis, WoNES Program Officer)

Giving a background to the organization, the Program Manager, who is also a co-founder, revealed that WoNES operates with a special focus on the gender dimensions of environmental hazards and climate change with emphasis on how these phenomena impact on the lives of women and children in the short, medium and long terms enlightening that the project was designed to underscore that WoNES seeks to ensure that women become more proactive in protecting the environment by designing community specific measures to mitigate the impact of environmental hazards on women and children while empowering community people to take the lead in their own development.

She articulated that the process therefore started with a rapid assessment which led to the setting up of 19 networks representing over 20 villages that would empower participants to manage their environments as teams while serving as environmental animators in the various schools and communities.

Mrs. Tunis further disclosed that field visits were made by the WoNES team to the focal towns of Tombo, Fogbo and John Thorpe followed by visits to Tokeh (Kulafai Rashideen Islamic Secondary School), Russell (Russell Secondary School) and Waterloo (Peninsular Secondary School), the hubs where the idea of networks was introduced and the need to have them for effective environmental community management identified. She intimated that both sets of networks were guided through a selection process of leadership for their efficient management.

According to Mrs. Tunis, the leadership of the networks work in collaboration with WoNES to ensure proper implementation and ownership of the project by the stakeholders stressing that discussions with focal persons in the communities (Council, traditional, local, religious, youths authorities/representatives) and schools highlighted the need for sustained support for their smooth functioning.

She also revealed that WoNES supported women’s groups in vegetable gardening, an activity that derives economic benefits, to stir their interest and commitment in climate change resilience activities while keeping them together as community environmental animators.

As a follow on activity, networks were trained on environmental advocacy and encouraged to engage in tree planting, nursing trees using plastic bags and seeds collected from their environs. She also stated that the school networks developed activity plans aided by their focal teachers and in response, the organization supported them with basic gardening tools for their vegetable gardens, food and dustbins to sort waste, and distributed environmental educational brochures.

The School Nature Clubs hold regular meetings and have conducted cleaning activities in their vicinities. She also noted that the schools were taken on field trips where they were taught how to develop and maintain their compost pits and got basic environmental information in preparation for the intra-and inter-school quiz competitions scheduled for May and June.

WoNES prefers to work though the recognized structures and has strengthened its partnership with the Western Rural Area District Council and started discussions which are expected to lead to the development of by-laws to enhance greater environmental management within the district.

Responding to enquiries on challenges, Mrs. Tunis noted that given the cultural problems around land tenure in the country, the village heads were engaged to ensure that the women acquired land for their vegetable gardens while the youths also provided additional labour.

As expected, commitment and compliance varied across the networks but she noted that significant progress has been registered with the vegetable gardening and tree nursing as the networks currently have over 300 gardens (starting from about 60) and have nursed over 700 trees.

She expressed her gratitude to Christian Aid for providing the support to the organization.

How WoNES has promoted environment...