Agriculture Ministry to cough up Le235m 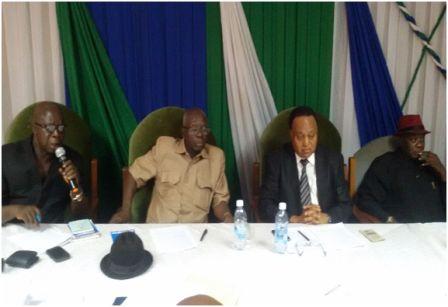 Agriculture Ministry to cough up Le235m

The Committee recently summoned officials of the Ministry in collaboration with Audit Service Sierra Leone (ASSL) through the Auditor General’s Report at the Committee Room (1), Parliament Building in Freetown.

Deputy Chairman of the Oversight Committee, Hon. Eric Komba Koedoyoma, gave the order in respect of the Audit Report 2014 as regards the payroll issue in the Ministry which revealed inadequacies.

Hon. Koedoyoma said the report indicated that 22 officials were receiving salaries from the Ministry which totaled Le235, 927,039 (Two hundred and thirty-five million, nine hundred and twenty-seven thousand, and thirty-nine Leones), purported to have been paid as salaries whilst they were also being receiving salaries from various projects for which there was no evidence of letter of them being on secondment from the Human Resource Management Officer (HMRO).

According to the Senior Principal Auditor of ASSL, 30 staff of the Ministry have also attained the statutory age of retirement, 60, but they are still receiving salaries totaling Le174, 470, 988 (One hundred and seventy-four million, four hundred and seventy thousand, nine hundred and eighty-eight Leones) without any letter of extension from the HRMO.

The Senior Principal Auditor also noted that 74 personnel were not available even though the team had been making frantic efforts for physical verification as the exercise lasted for a whole week, adding that 29 personnel files were also not submitted for audit inspection.

In his response, the Permanent Secretary in the Ministry of Agriculture, Edward Kargbo, said some of the members identified have letters from the HRMO authorizing their secondment or leave of request.

The PS added that there were a few others for who request had been sent to the HRMO but no response has been received.

Mr. Kargbo said all the staff members were notified for the verification exercise to ensure that they themselves were available, noting that some staff members in the provincial headquarters were verified, retired or deceased in their stations.

The Principle Auditor also informed the Committee that out of 74 staff, the team was only able to verify 17, adding that out of 29 personnel files only 11 were submitted for verification.

Many other anomalies were exposed by the Principal Auditor and the Permanent Secretary responded to the queries though not all were satisfactory.

Education: Passing the soul of a s... 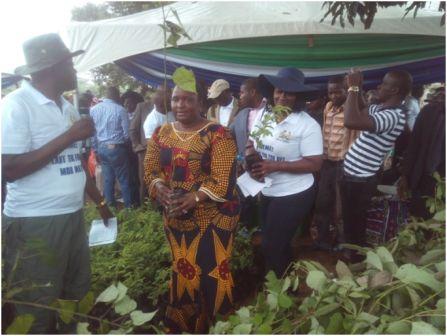 ACC takes the fight to MAFFS staff in Bo...