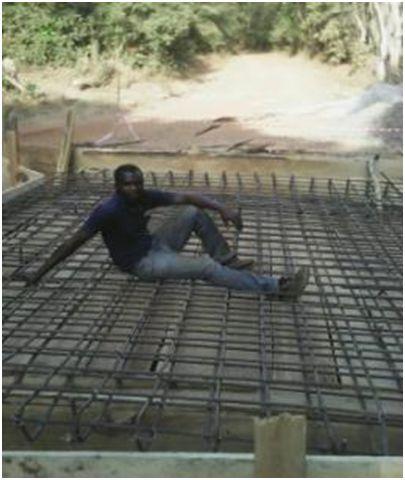 “Excellent infrastructure is the backbone and chief driver of socio-economic development, which every country strives to achieve,” says Sierra Leone’s President.   (Photo: Kamakay bridge under construction in Sella Limba)

Propelled by this statement, AMR Gold has allocated over twenty million Leones (Le20, 000,000) to embark on road construction to link villages, expand and improve the road network in Sella Limba Chiefdom, Bombali District.

This support to the community, according to AMR Gold Admin and Finance Manager – Mohamed Sultan Daffae, is not only to link villages but to help the Government in bringing infrastructural development to the rural people.

He stated that, “When transportation facilities increase with improved roads, especially in far-flung and land-locked areas, prices of goods and services come down drastically.” If this is made available, Daffae said, “a wider array of products will be always available at reasonable prices.” He added that, “this will help to improve household finance and savings.”

He said that bringing development to the people is a priority of the company’s Board of Directors, noting that they have built bridges in Kamakwie Town, expanded the roads from Kamakwie village to Kathanta and tilled down the hill linking Kayigrana and other villages. He added that “It also gives the local population better access to markets for their produce.”

It is hoped that after construction, the new Kamankay bridge will allow access for vehicles, especially heavy trucks.

It should be recalled that in a meeting before the commencement of the construction work and road expansion, the town Chief of Kamankay-Pa Saidu Conteh, expressed thanks and appreciation to AMR Gold for undertaking such a laudable project. He described AMR Gold as a “trusted and responsible friend” that is always supporting President Koroma’s Agenda for Prosperity. He noted that the road and bridges have been deterrent not only to AMR Gold but the farmers in particular.

Foday Bangura, Chairman of the youths disclosed that they never expected AMR Gold to undertake such gigantic road construction work when the company is just prospecting in the country. He said the youth representatives were only calling on the government to redirect its road infrastructural work in their Chiefdom, adding that AMR Gold management surprised them when they announced that they are intervening to rehabilitate some feeder roads and construct some dilapidated bridges.

He said the development brought by AMR Gold in Sella Limba and Sanda Loko Chiefdoms are immeasurable. He therefore appealed to all, as part of their community support, to haul sand and fully participate when the concreting of the bridge commences.

The meeting was attended by more than six hundred people from different ages including a representative of the Paramount Chief. 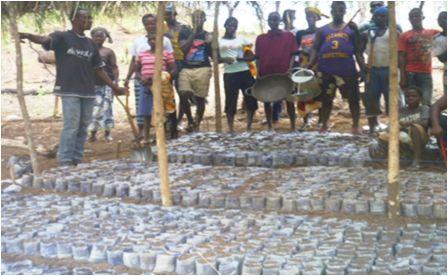 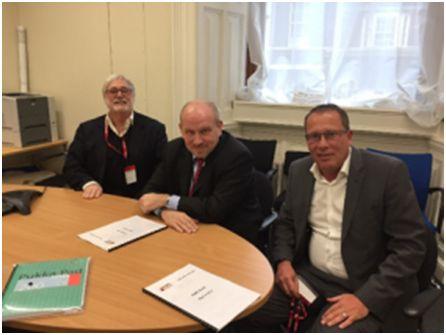 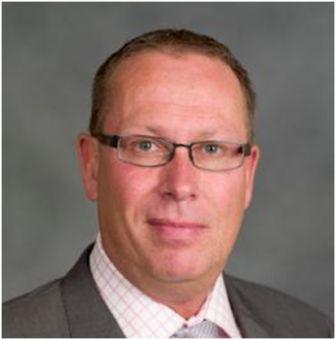 Laying the foundations for economic grow...