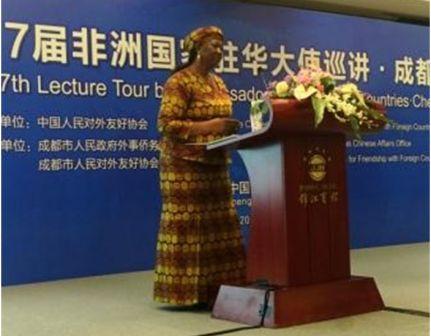 Sierra Leone’s envoy to the People’s Republic of China has, on 9th March 2016, in Chengdu City, Sichuan Province China, said that notwithstanding the challenges her country faces, there has been sincere and dedicated efforts by the Government to make use of available growth opportunities which would require the active participation of local and foreign investors in all sectors of the economy.

Madam Kumba Alice Momoh (in photo) spoke at the 17th Lecture Tour by Ambassadors from four African countries (Sierra Leone, Nigeria, South Africa, and Zambia ), hosted by the Chinese-African People’s Friendship Association, (CAPFA), an investment opportunity forum  aimed at encouraging foreign countries to introduce to local Chinese entrepreneurs in Chengdu, opportunities that are available for investments and preferential regulations to attract foreign investments to their countries in the areas of taxation and land use and individual projects in which Chinese companies could participate.

Addressing over 140 local entrepreneurs, Madam Momoh made a passionate appeal to would-be investors to look at Sierra Leone as a virgin nation in the area of investment as it has huge untapped areas in tourism, agriculture, fisheries and infrastructure amongst others. Her country, she said, may not have the same strength as others in terms of economic and population status but assured of its readiness to welcome investors given the favorable policies, cost effective labor and the zeal and commitment of its leadership to effectively utilize those growth sectors so as to bring in the much needed economic growth. “This would obviously require credible foreign investors and we would definitely continue to welcome you to be part of our development trajectory”, she assured.

Doing a country brief, Madam Momoh  explained that her country, today, puts greater emphasis on public-private partnership for an enhanced economy, adding that there has been a “vigorous policy environment review for investments and investment incentives”, further assuring that the country has had a continued policy reform for effective open market system and an improved posture for small business economies.

Madam Momoh also spoke on the role of the Sierra Leone Investment and Export Promotion Agency (SLIEPA), as the country’s official agency that assists and informs investors and exporters. On investments incentives, she referenced the SLIEPA Act which stipulates that on capital items, all Plant, Machinery and Equipment (PME) would be eligible for duty free imports for three years of operations.

“In the promotion of exports, expenses which are aimed at promoting exports and the supply of goods overseas will be eligible for 125% deduction from profits and up to the extent of profits. All agricultural inputs imported at duty free rates and corporate tax – Corporate tax exemptions for certain types of investments (Tourism enterprises’ imports for constructions, extension, etc; zero sales tax for Machinery)”

Envoy Momoh also gave a sector overview of investment opportunities in the Agric-Business Sector, which, she said, has 5.4 million hectares of cultivable land most of which is undeveloped, with ideal growing conditions for a wide range of staple and cash crops. “We are focused on increasing commercialization and private sector investment and we do have significant opportunities to grow sugar, oil palm, rice, pineapple and other agricultural produces”, Madam Momoh  informed the entrepreneurs.

She also touched on the Tourism Sector which, she disclosed, was by 2009, one of Lonely Planet’s Top 10 Worldwide Destinations. “We have significant unmet demands for business and  hotel accommodations in Freetown with probably West Africa’s most stunning and undeveloped beaches plus a wealth of eco-tourism sites across 31 protected areas”, Madam Momoh went on to explain.

On the Fisheries Sector, the envoy informed the local Chinese entrepreneurs that Sierra Leone is amongst countries with outstanding productive oceans in West Africa. The sector, she said, is however being affected by consequences of illegal fishing but assured that that is still repairable. The government, she added, is determined to ensure an improved sector regulation which will facilitate the entry of responsible industrial fishing operations. Thus, the need for credible investors in the sector.

“President Ernest Bai Koroma, also from the business sector, has committed himself to the protection of the private sector and the economic climate of Sierra Leone”, the Sierra diplomat stated, encouraging local entrepreneurs in Sichuan Province particularly and China generally, to “invest in an economy that will protect you.  Invest in an economy that provides assurances for returns. Invest in Sierra Leone”.

Also making a statement was Xie Ruiwu, Vice Mayor of Chengdu Municipality. Chengdu, he said, has always valued friendship exchanges with Africa and has established sister relationships with a number of African cities. As a national experimental zone for urban-rural comprehensive reform, the city, the Mayor said, has seen fast growth in recent years in agriculture-related industries.

Companies with excellent experiences, he said, have been encouraged to pay close attention to Africa as they would be supported to operate in the continent since proactive efforts have always been made to expand practical cooperation between Chengdu and Africa.

With the introduction of four African countries to companies involved in agriculture production, farm machinery manufacture, infrastructure development and tourism industries, the Vice Mayor said, he was optimistic they would have developed more interest in the African Market and hopefully the platform would help boost cooperation between African countries invited and Chengdu.

So my President can act swiftly? B... 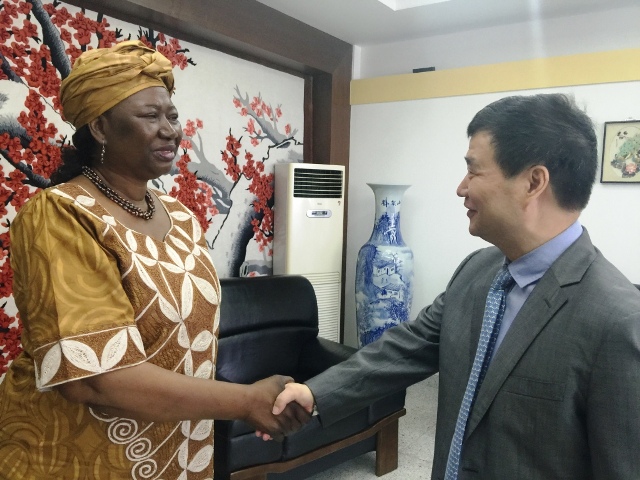 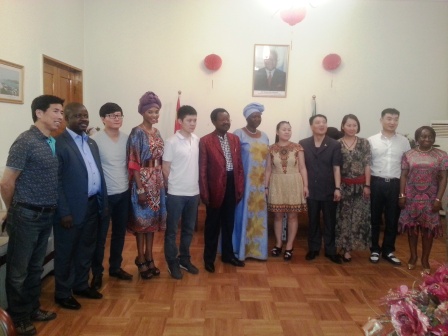