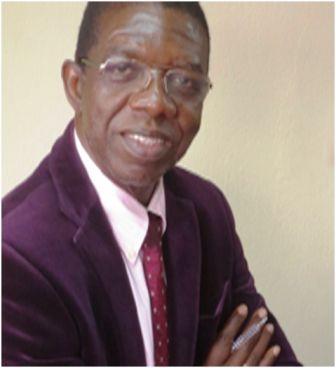 So it is at the Sierra Leone Commercial Bank (SLCB) in the past two years under the astute and dynamic leadership of George Taylor who is credited by the entire staff as having dramatically changed the bank’s waning fortune.

It could be recalled that the nation’s leading indigenous commercial bank some time back hit stormy financial weather that included a huge stock of unwieldy unsecured debts that led to the sacking of its Managing Director.

When George Taylor took over at SLCB, the bank was fighting to keep its head above water. Two years on, SLCB not only stands on solid financial ground but is growing from height to height.

As a measure of its success in the two years that George Taylor has been at the helm of the bank’s affairs, last year the bank recorded the highest profit ever in its history of about Le33 billion. It also was able to recover about Le9 billion in debts.

To motivate staff, the bank promoted about seventy percent of its staff. It at the same time increased the salaries of all its staffs.

Service has also greatly improved at SLCB. Customers who used to grumble about poor quality service now speak admirably of the dramatic changes that they see and experience including the bank’s fully air conditioned working environment and prompt service.

Asked what is responsible for this very impressive transformation of the bank’s image, the workers promptly replied that it is due to the personality of the Managing Director.

They describe him as a great team player who makes every staff member feel that he belongs to the organization and has a valuable role to play.

George Taylor literally grew at the Sierra Leone Commercial Bank where he has spent thirty-seven years; starting as a bank clerk and rising through the ranks.

Under the dynamic leadership of George Taylor as MD, Idrissa Alooma Kamara as Director of Business

Development, Lansana Kamara as Head of Consumers Credit, Bockarie Kalokoh as Director of Finance and Administration, with the full support and cooperation of the staff, they have proved that team work pays.

SLCB maintains its headquarters in Freetown, the capital, and has branches in Freetown, Bo, Kenema, Makeni, Koidu, Cline Town, Mobimbi, Njala and Waterloo. As at last count, it had sixteen self-owned branch offices across the length and breadth of the country.

SLCB’s record of continuing success since it was founded in February 1973, is eloquent testimony to the fact that where Sierra Leoneans with the relevant ability, training, experience and integrity are given an opportunity, they could perform equally if not better than anyone else.

SLCB, Sierra Leone’s first fully indigenous bank, is a key player in the country’s banking sector, well known for its wide range of world class services. SLCB is the country’s only 100% state owned bank and is completely free from any control by the government.

The bank was founded in the 1970s to provide an alternative to the country’s two foreign banks operating at that time and to serve mainly locals, but it has expanded to offer a full range of services to both local and foreign customers and has positioned itself as the ideal partner for foreign investors in Sierra Leone. Today, SLCB is comparable with any other high quality banking institution around the world because it abides by international best standards.

More time is not President Koroma’... 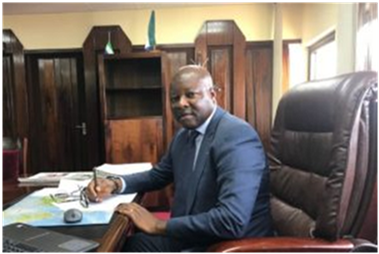