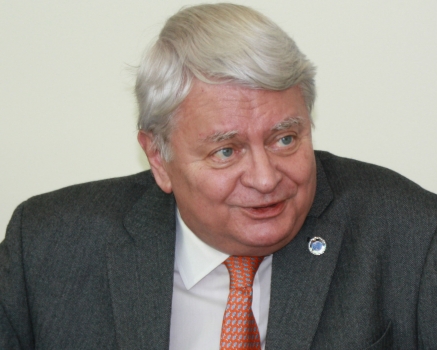 Hervé Ladsous is the United Nations under-secretary-general for peacekeeping operations. He oversaw the first deployment of unmanned aerial vehicles (UAVs) or drones in the eastern part of the Democratic Republic of the Congo (DRC) two years ago. Africa Renewal’s Masimba Tafirenyika spoke to him about the UN’s experience in using UAVs in peacekeeping operations. These are excerpts from the interview.  (Photo: Head of Peacekeeping Operations Herve Ladsous, Credit: Africa Renewal/Franck Kuwonu)

Africa Renewal: First of all, I would like to know your views about the recent independent report on peacekeeping operations, which recommended, among other things, the use of high-tech equipment including UAVs or drones in UN missions.

Hervé Ladsous: Actually that report picked up initiatives taken over a year ago when I tasked a group of experts to look into the use of technology and innovation in peacekeeping. It came up with a number of recommendations, a large part of which we are already implementing. You’re right in saying the UAVs are the more visible part of this array of suggestions. I just want to make it very clear that our UAVs are unarmed. They are for surveillance purpose only. It is now becoming a relatively common tool. We started just over two years ago in the DRC. But we are now deploying surveillance drones of every denomination — tactical and strategic. For instance, we have also deployed them in Mali and in CAR [Central African Republic]. Of course I would very much want to deploy some in South Sudan because that is the key for us to perform better. UAVs do a better job in protecting civilians because they provide real-time pictures of situations as they develop on the ground. You can act more quickly and more decisively. They also provide better security to our people because you get prior warnings that an ambush or an attack is about to happen. You are then in a position to prepare for it. And sometimes you can actually save people’s lives. For example, a year and a half ago one of our machines was flying over Lake Kivu to Goma Airport in the DRC. The pilot in his bunker saw on the screen a boat which had just capsized. That allowed us to send rescuers and we were able to save 16 people from drowning. That was of course a bit of luck but it shows that UAVs are very versatile and necessary tools in our operations.

It’s been about two years since the UN deployed UAVs in eastern DRC. How has that changed the dynamics of the fight against anti-government forces?

We get much better information about what is happening on the ground. We can see groups on the prowl. I saw some of the photos captured by the drones. In certain circumstances, we can actually recognize the faces. We now have knowledge of what is happening on the ground and how to mitigate or to proactively intervene. We have lots of enablers in eastern Congo. We have attack helicopters, we have artillery and we have a robust mandate. It’s really about putting an end to the incredible damage that the so-called harm groups have done over the years, forcing millions of people to run away as refugees or internally displaced persons, raping hundreds of thousands of women, recruiting tens of thousands of children into their ranks and plundering the resources of the Kivus. That had to be put to an end. That is why the UN Security Council gave us a mandate to neutralize armed groups. That’s what we are trying to do, but it’s not an easy task.

Besides UAVs, what other high-tech equipment are you using?

Well, it’s more about gathering information: we did it just in time for the election process in the Central African Republic and also during the pope’s visit to the country. We were able—for the first time in one of our missions — to deploy in the capital, Bangui, a system of tethered balloons which carry an array of sensors, cameras, infrared and other equipment to keep watch over the city. We had the ability to see real-time if there was a demonstration starting somewhere or some hostile groups getting together so we could act in a more timely fashion. We are in northern Mali right now and we are in the process of deploying counterbattery radars, which will allow us to retaliate against terrorists or jihadists who regularly lob mortar shells or rockets at our camps. They killed three of our people recently. Counterbattery radars allow us to retaliate immediately. There are a number of important things we can do with high technology. The [UN] Secretary-General is committed to it. It also allows us to reduce the carbon footprint of peacekeeping, to be more environment-friendly and to consume less fuel, among other things.

There has been some hesitance on the use of high-tech equipment in peacekeeping missions from some member states fearing they could probably collect much more than intelligence. What is being done to allay such fears?

Well, first I would say there are less fears today than two or three years ago, when people didn’t know much about [UAVs]. We have also learned more about UAVs as we make progress. It’s not really so much about intelligence gathering as information gathering. We have to be aware of what is happening around us. In northern Mali, for instance, if we are deaf, if we are blind, how can we do our job? It’s simply a matter of acquiring the right tools. And I think this is now being widely recognized by member states.

So do you see this as the way to go in twenty-first-century UN peacekeeping?

That is certainly one way to go. It’s not the only one, but I think it has to be recognized that we need the right, modern tools. UAVs, for example, can now be bought off the shelf even for recreational purposes, and even businesses are increasingly using them. Why should we deprive ourselves of readily available technologies?

In the past the UN had problems getting countries to contribute fighter helicopters. Do you think UAVs could be one way of replacing attack helicopters?

No, we make it very clear that UAVs are for surveillance purposes only. They are unarmed and will remain unarmed because the fact that they are remote-controlled creates potential risks. We don’t want to go into that. Attack helicopters of course have very precise rules of engagement. They step in or fly in under very precise types of circumstances and always under the direct control of the force commander. And we apply very rigorous procedures.

Finally, having been using UAVs and other high-tech equipment over the past few years, what lessons has the UN learned? Is this the way to go?

Well, I think, precisely, as you say, this is the way to go. But this is something that is in constant evolution. I just signed a cooperation agreement with the Republic of Singapore. They are going to help us develop a new software tool that will provide real-time images of the security situation in a given country. We don’t have that now. For instance, in Mali, we will be able to know the security situation at any time in a given area. This is something we should have had long ago. But we’re addressing these issues as they come.

Good leadership is about people –...

Bangura is one of Sierra Leone’s h... 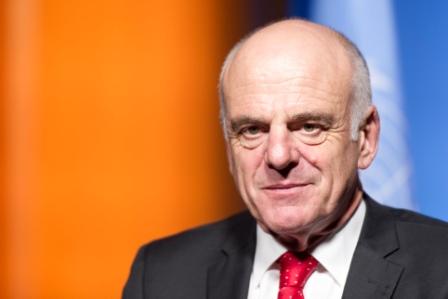 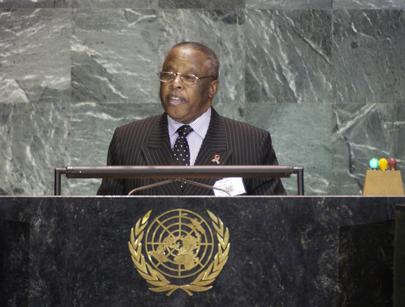 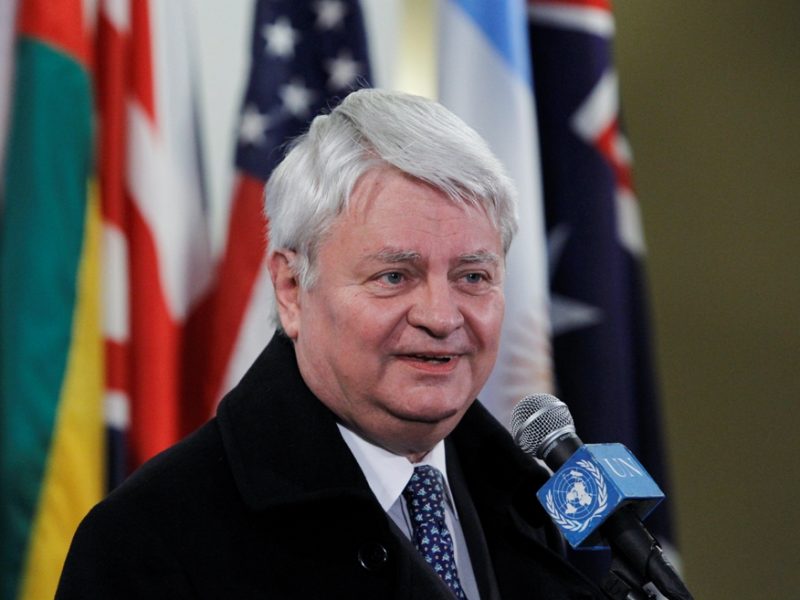