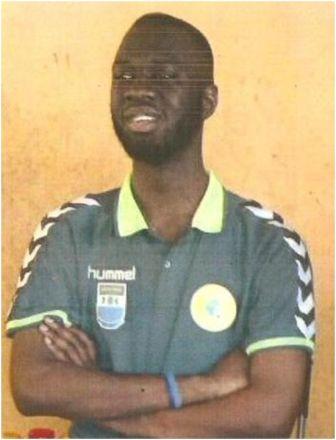 The Founder and Chief Executive Officer of the Foday Boie Kamara Foundation has said in Freetown that he wants to help the vulnerable children of Sierra Leone to get education and contribute to nation building. (Photo: Mr. Foday Boie Kamara)

In an exclusive interview with this Reporter, Mr. Foday Boie Kamara, he explained that since the establishment of his Foundation in 2014 he has spent millions of Leones in assisting schools and sponsoring social activities in the Kissy community.

He revealed that he has provided learning and teaching materials to the Ballon International Preparatory School at Back Street in Kissy and the United Community Primary School at Hooke Street in Kissy as well as engaged in repair and rehabilitation works on these schools.

He also explained that he owns the Foday Boie Football Club which he sponsors. He revealed that he is the sole funder of all the projects that his Foundation is supporting.

‘’I want to continue to help vulnerable children to get educated as that is the only way to get them out of poverty,’’ he noted.

He disclosed that he will soon start working in the provision of water and sanitation facilities as well as start thinking about working with the youths in the Kissy community.

He appealed to the Governments of Sierra Leone and the United Kingdom, individuals and organizations to support him in order for him to do more for the people of Sierra Leone.

Mr. Foday Boie Kamara also stated that he has an able team in Sierra Leone who identify projects and monitor the implementation and utilization of funds on these projects. He called on all Sierra Leoneans to have love for each other and to unite and work together for the good of the country.

In an interview with the Proprietor of the United Community Primary School, Mr. Abdul Karim Dainkeh, he described Mr. Foday Boie Kamara as a very courageous and selfless philanthropist whose assistance has given a face lift to their school building as well as greatly enhanced their teaching and learning environment.

Mr. Foday Boie Kamara, 26, is an Estate Manager and is based in London. He can be contacted on telephone number +447949977563 or Email foday@hotmail.co.uk