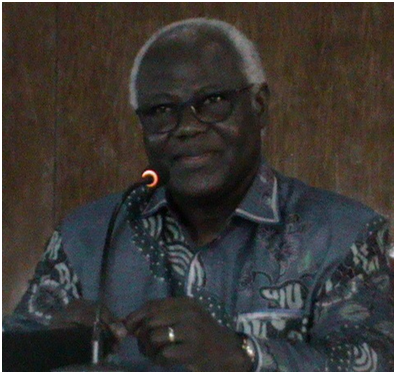 Following the demise of the late former President Joseph Saidu Momoh’s APC regime on Wednesday 27th April, 1992, most Sierra Leoneans totally snubbed the political party that had ruled the country from 1968 to the day of their demise. Their attempt in the first democratic election in 1996 after decades of dictatorial rule was so disastrous that they were able to secure only five seats in Parliament under the proportional representative system of voting. The defection of most of the APC members and supporters to new political parties with northern leaders like the People’s Democratic Party (PDP) and United National People’s Party (UNPP) because of intra-party squabbles that swirled over the notorious Limba organization ‘Ekutay’ had a negative effect on the party’s performance in that democratic election.

Nonetheless, the emergence of the then insurance guru Mr. Ernest Bai Koroma in 2001 rejuvenated the APC as most of the party members and supporters who joined the exodus bandwagon and had confidence in him as a new political breed with no link to the old-guard politicians had to return back to base. As the APC presidential candidate for the 2002 presidential election, when the late former President Alhaji Dr. Ahmad Tejan Kabbah’s Sierra Leone People’s Party (SLPP) was in governance, they rallied around him and campaigned robustly for him, though he did not win but made significant impact that encouraged the party to re-elect him as their standard-bearer in the 2007 presidential election.

Sierra Leoneans shrugged aside all their indifferences for the APC and voted solidly for President Ernest Bai Koroma in the September 2007 presidential run-off because they had confidence in him to deliver as a new political breed based on his election promises. Consequently, he nominated most of his trusted political allies that rallied around him during the turbulent political storm to serve in his administration to help him deliver on his election promises. Most of the presidential nominees that went through Parliament for approval were and still are his northern brothers and sisters in whom he had so much trust and confidence to deliver to the nation and their party. But how many Sierra Leoneans are actually convinced that those who were entrusted with responsibilities to move President Ernest Bai Koroma’s administration forward for the good of the country are up to their tasks?

Verily, well-meaning Sierra Leoneans who are apolitical will never regret choosing President Ernest Bai Koroma as their leader given his exemplary performances and the fulfilment of most of his election promises packaged in the successful implementation of the Agenda for Change. Upon his re-election in November 2012, the Agenda for Prosperity was in progress to consolidate the gains made under the Agenda for Change when the Ebola Virus Disease (EVD) struck in May 2014 and brought development to standstill as resources meant for development programmes were diverted to fighting the strange enemy when international response was not forthcoming.

Furthermore, the President has done marvellous work for the APC by rebranding it and empowering most loyal stalwarts in order to strengthen the party to stand on its feet even when he would have left the scene. But what beats my imagination is that every controversial issue in President Ernest Bai Koroma’s administration or his party has to be personally tackled by him alone as if he is being surrounded by lame-duck politicians he had entrusted to help him run the country and the party affairs.

It’s no longer news that nothing works in the APC Government without the President. Take the 2012 multitier elections, for instance, the APC literally won those elections on the ticket of President Ernest Bai Koroma instead of him winning on the ticket of the party. I’m making this assertion because during the campaign period, APC candidates of all levels, presidential appointees and party stalwarts would only persuade the electorate by saying ‘de Pa don wok’ (the Pa has worked) instead of showcasing their own contributions to national development to persuade the electorate to vote for their presidential candidate and the party. Sometime ago, a friend who is parliamentarian told me that the President had some functions in his constituency without inviting him to the occasion. Then I fondly said to him in Krio: “Bo na dae Pa dae wok, so e nor need u hep,” meaning it is the Pa who is working, he doesn’t need your help. We burst into laughter and he later said to me: “Ye na tru o” meaning yes, it is true.

But on a more serious note, most of the President’s men and women who are supposed to be lightening his workload at both administrative and party levels are mere liabilities to the President. Take, for example, when there is conflict over state lands, only the President will quell that situation as though he nominated a dummy to serve in the Ministry of Lands, Country Planning and the Environment. When the youths demonstrate in the streets, only the President is expected to pacify the rioting youths instead of the rambunctious Minister of Youth Affairs. Mine workers have downed tools, “Let’s contact the President for his immediate intervention,” is what the Mines and Mineral Resources Minister will suggest to his officials.

The President is seriously overburdened with certain functions which his entrusted able lieutenants could relieve him of if they are truly dedicated and committed to serving his administration with alacrity. The most burning issue was the desperate move by President Ernest Bai Koroma to talk to aggrieved voters to endorse Alhaji Ibrahim Ben Kargbo in the just-concluded presidential bye-election in Constituency 030 in the Bombali District. Though Kortor IB won the bye-election, the fact that the Alliance Democratic Party (ADP) leader Mohamed Kamarainba Mansaray almost went for the jugular was serious embarrassment for the APC in their heartland. Many observers asserted that had it not been the emergent visit of the President to Constituency 030 to save the party candidate from drowning, Kortor IB would have lost the bye-election because voters were aggrieved that the APC had given them an octogenarian as their candidate instead of choosing one of their dynamic, robust and educated sons to represent them in Parliament. It could have been a protest vote against the APC for giving them the wrong candidate but President Ernest Bai Koroma had the day in the final analysis; otherwise, it would have been the political demise of Kortor IB.

The confidence the voters have in the President saved the day in Constituency 030. But where were the Minister of Public and Political Affairs and the APC National Organizing Secretary, whose functions the President performed, when the voters had wanted to reject their party in the poll? This is clear manifestation of how dysfunctional that Ministry is. It also exposed the conspicuous absence of the APC National Organizing Secretary, Alhaji MS Kargbo, who is serving as Sierra Leone Ambassador to the Kingdom of Saudi Arabia, and the dormancy of his deputy.

I very much pity President Ernest Bai Koroma because most of his political allies he reposed confidence in to help him run the country have failed him woefully thus subjecting him to performing functions or taking actions they could have done with consummate ease if they were dedicated and committed to serving him with resilience. Is this a real sabotage or they are not actually up to their tasks in governance? Whatever it is, truth is most of the President’s men and women have disappointed not only him but the entire nation for letting our resilient President down.

Now that those in governance and the APC hierarchy have made the President so indispensable that nothing works without him, what if the President resigns today or something happens that will render him incapable of serving this country as a President, are their inactions insinuating that both the government and the party structure will collapse because of his absence from the political scene? This is the kind of funny felling I always have whenever I see the President overlapping in some functions that are supposed to be carried out by those assigned to them. That is why I believe President Ernest Bai Koroma is not safe in that most of those surrounding him are not genuine in their desires to serve him dutifully and nationalistically. Who else shall the President trust or have confidence in when most of his political allies have failed him woefully?

Where are the APC flag-bearer aspi... 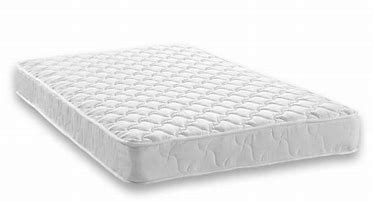 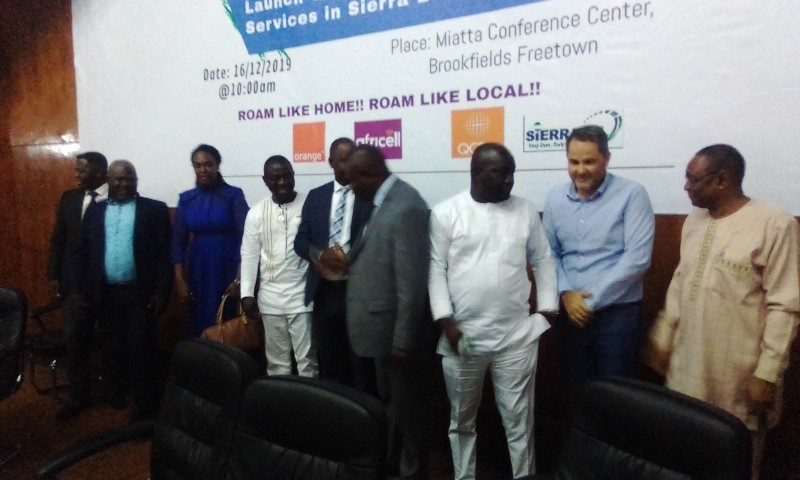