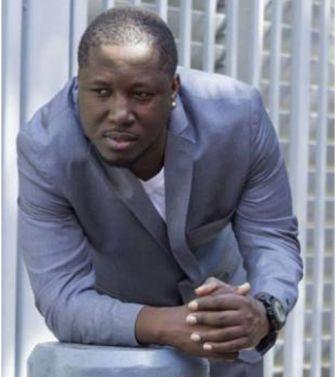 The Legend of Sierra Leone Hip Hop Music, Amara Denis Turay, commonly known as Kao Denero (the King) and CEO of Black Leo Records, has paid an on the sport visit to youths of Belgium Sellers, Sweissy Jewlers, PZ Youth, and Packham Base among others to preach non-violence and tolerance. (Photo: King of Hip Hop Kao Denero)

Kao Denero who returned from the United States of America a few days ago to launch his musical album titled ‘Now or Never’ at the National Stadium main bowl on 12th December 2015, admonished youths in the various locations to embrace peace and tolerance among themselves as they strive towards survival in the country. He maintained that he is a peaceful Sierra Leonean who respects the rule of law of the country, who has been preaching peace and nonviolence messages to the youth and elders through music and entertainment.

He appealed to members of cliques and gangs to embrace peace and stop the violence among themselves, “violence will only destroy the music industry or create a bad blood between us and the authority, it will never enable us succeed in our endeavors, we should be peaceful and try to co-exist in our communities, I will do anything to ensure click and gang violence stop in the country with the support of the authority,” he said.

Kao Denero disclosed that he decided to work from Belgium along Lightfoot-Boston Street to Sweissy, through Howe Street, Siaka Stevens Street, Rawdon Street Wilberforce Street and Goderich Street in the central business district so as to tell the public that he is not a violence man, and he is loved by the youth, who were with him as the work through, greeting and waving to his supporters and other onlookers. He calls on all Sierra Leonean to join him on Saturday 12 December 2015 at National   Stadium as he launch his dope album ‘Now or Never’.

According to the Sizla Kalanji the Show Coordinator he explained that they would be using one of the best musical systems in the country that will enable people to enjoy the show. He revealed that Black Leo is highly security conscious and mechanisms have been put in place to provide adequate security to control the show. “We have already requested for 100 OSD Personnel and 100 Military personnel and 200 Black Leo Marshals to provide security for the show and to ensure peace and nonviolence,” he said. 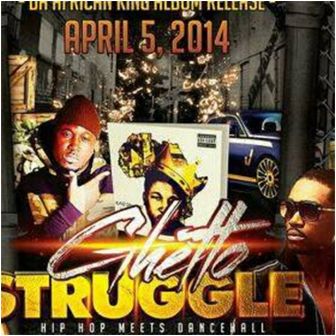