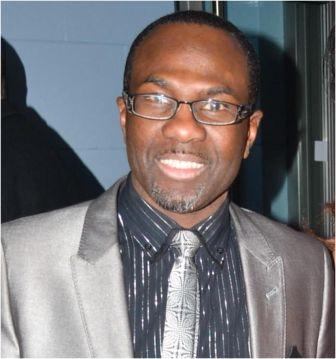 According to local sources hundreds of entertainers have planned to receive him at the Lungi International Airport with dance troops and banners. They have printed hundreds of T-shirts with his picture on the front and a welcome note at the back, and have hired buses to rally the streets of Freetown with the Sierra Leonean icon and legend who has lifted the name of his country and put it on the world map in terms of film production and promotion.

Furthermore, there will be a celebration party in the evening of 11th December, where all those invited are going to celebrate the international film star in a very special way.

There are sketchy details about the new project but giving the track record of Archie-Pearce we are expecting a blockbuster production. Archie-Pearce, who has lived in the UK since 1991, has recently produced several popular African films including: ‘Ibu in Sierra Leone’, ‘Devil in Freetown’, ‘I Can’t get you out of my mind’ and ‘Flight 442’ and has himself featured in several Nollywood/ African Movies both in the UK and abroad, including: ‘Rubicon’, ‘Amina’, ‘Shameful Deceit’, ‘Battered’, ‘Ibu in Sierra Leone’, ‘London na wa’, ‘The Soul’, ‘Otega and his Enemies’, ‘The King Maker’, ‘Complicated’, ‘Broken’, ‘I can’t get you out of my mind’, ‘National Virus’, ‘The Devil in Freetown’, ‘Love counts’, ‘Enchained’ and ‘Oxford Gardens’.

Archie-Pearce has also featured on national television in the UK for the past nine years, playing the role of a business tycoon in a TV drama series titled ‘Everyday life’ (which was showing on four Sky Television channels in the UK).

Archie-Pearce also works for London Underground Ltd as a Senior Manager, thereby managing the managers on the Bakerloo line.

He is not only an actor and multi-award winning Movie Producer, but also the founder and CEO of Archie-Pearce Production Ltd. Archie-Pearce Production Ltd is an accredited UK based private limited film Production Company instituted and registered in England and Wales (with registration No: 8672246). The company has achieved very high success with past movie projects and has gained recognition for ‘superior quality and excellence’ in movie production.

Mr. Collins Archie-Pearce has a massive fan base and also has a proven track record of doing things “bigger and better” each time. He is no doubt a super role model and has been leading an exemplary life for others to follow. In January 2014, he was selected as the “Role Model” of the week by Afripoet WordPress.

His achievements and recognition include:

As well as a film producer, promoter, director, Actor and script writer.

‘Kandeh Yumkella is our hope’ says...