The Statistician General of Statistics Sierra Leone has disclosed to pressmen at the weekly Government press briefing that the nation is about to conduct its fourth national census since Independent from the 5th -18th December, 2015 with fourteen thousand enumerators in the field.

Mr. Mohamed King Koroma noted that the said census has been postponed twice owing to the outbreak of the Ebola virus disease but pointed out that the mapping exercise, recruitment and training of Enumerators, Field Officers and Supervisors have been completed and that they are all indigenes of the areas they are expected to work in.

He said they intend to achieve transparency with no room for foul play as anyone caught in double registration will be prosecuted and if found guilty, sent to jail for not less than five years.

He explained that the Field Officers were contracted for 4 weeks, Supervisors for 3 weeks and Enumerators for 2 weeks  with an expected payment of Le 2.6 m, Le 1.5 m, and Le 800,000 respectively.

He further stated that all persons who spend the census night within the borders of Sierra Leone must be counted including non citizens, adding that no one needs to move in order to be counted at a particular place as it is better to be counted in the areas where they normally reside.

He concluded that the Enumerators are expected to work from 7 am to 10 pm to give time to all persons to be counted. 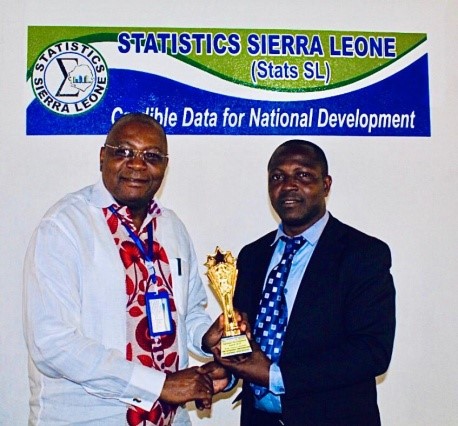