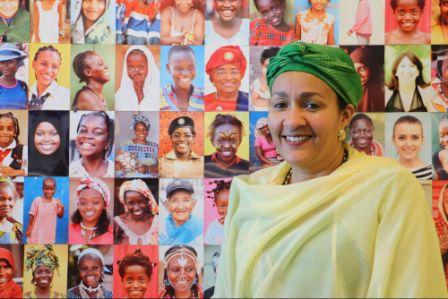 Amina Mohammed is the United Nations secretary-general’s former special adviser on post-2015 development planning. She was heavily involved in planning the Sustainable Development Goals (SDGs), a new development agenda to be implemented over the next 15 years, and in getting UN member states, the private sector and civil society to agree on them. The SDGs were formally adopted by 193 countries on 25 September. In this exclusive interview with Africa Renewal’s Kingsley Ighobor, Ms. Mohammed talks about the evolution of the process, the commitments made, the challenges ahead, and why the goals, if implemented, could transform the world.

Africa Renewal: What were the lessons learned from the Millennium Development Goals (MDGs) and how did they shape the SDGs?

Amina Mohammed: With the MDGs, we only addressed the symptoms. We didn’t really address the root causes of such development challenges as gender inequality, lack of access to clean water and the insufficiencies of health services. We’ve learned through this experience that having a set of goals directs people to discuss, create partnerships and find investments to execute plans. We’ve also learned to agree on the means of implementation. With the MDGs, we agreed to finance them after the goals were adopted, so we were always running after the money. This time, finance is part of the package.

Does this mean that money to implement the SDGs is ready?

It’s not that money is ready; it’s the framework for accessing that money that is ready. It is important not to conclude that there is a stash of money somewhere for the SDGs.

There are 17 goals and 169 targets, covering a wide range of sectors in development. Critics may say you are looking to turn the world into a paradise, which is hardly possible.

We have taken a reality check. We agree on the existing and emerging challenges — from migration to inequality, to conflict, to climate change. The 17 goals are a response to the crises we have in the world today. Now, if by trying to solve these crises we are seeking paradise, then yes, that is our goal. Ownership of this agenda is what we wanted. Conversation about the process is not just among countries alone, but among stakeholders in many of the crisis-stricken countries we see, with solutions coming from the very same people. It is a very heavy agenda. This is a much more complicated set of commitments. It is a universal agenda.

What about unforeseen circumstances such as wars that break out from time to time? How does the SDGs framework survive such challenges?

We have taken into consideration the experience from such unforeseen circumstances and considered what causes them. The goals seek to prevent conflicts by investing in people, infrastructure, in livelihoods and people’s aspirations. What we have done as member states is to include the human rights agenda because the fabric of SDGs is human rights. We have acknowledged that context matters, therefore the humanitarian issues that we face are also embedded in this agreement. But we are also saying that human rights and peace pillars need to be recalibrated so we can close that conflict gap.

There are lots of development agendas in the world and critics say that there’s much talking but little action. How do the new goals change this dynamic?

Those other agendas are the work of experts writing prescriptions. Ours was a process that took not just countries on board, but key stakeholders including parliamentarians, business people and civil society. However, there are legitimate concerns among some people. There is a trust deficit between what governments say and what they can actually deliver. What the UN does is promote the belief that the gap between rhetoric and actual practice can be bridged.

Many of the biggest economies like China and Brazil are slowing, and yet you expect these to help achieve the “end to poverty” goal. How can this happen given the current situation?

China, in fact, helped achieve the MDGs target of a 50% reduction in poverty. China has also committed to integrating SDGs in its five-year development plans. And as chair of the G20, China will also promote the goals’ implementation.

When are you releasing indicators to monitor progress in implementation?

The UN’s department of economic and social affairs is responsible through an independent expert group to produce the indicators by March 2016.

Some people say you cannot measure countries on the basis of a set of indicators because countries have different socioeconomic conditions.

I don’t think that’s the point people are raising. What we have said is, you can have a global set of indicators that will give you some comparisons to show us how, as one world, we are moving towards a set of objectives. But many more indicators have to be developed at the country level to reflect those countries’ priorities and contexts.

Do you think it’s fair to use the same indicators to measure two countries with different economic conditions?

If you measure one country doing better than the other one, then one wants to know whether it’s because of finance, capacity or governance. We have to look at those issues and find solutions.

In the course of putting the SDGs together, what were the behind-the-scenes challenges?

The first challenge was to make this a universal agenda. People feared it could become too ambitious, and leave the poor behind. The second challenge was bringing the poverty agenda and the environment agenda together. There were concerns that one might outshine the other, although they are two sides of the same coin. The third was how to find the means of implementation. The fourth was accountability.

How did you deal with these challenges?

Head-on. We talked it over with those who had these concerns. We had been talking for so long; North talking to South — usually Europe talking to Africa — and sometimes Southeast Asia. To bring Latin America, the Arab world and the small island states into this conversation was a different dynamic. You have to understand the ideology and concerns of all parties so that you find a common narrative on these issues. How will you convince somebody in the Arab world that the SDGs will work when you know that conflict is a present-day reality for them? But that didn’t stop us from agreeing that even when there is conflict, there are children going to school and women giving birth. When it came to inequalities, Latin America was a new area for us. We struggled with it, but we learned to speak the language and understand their concerns.

Going forward, what can the UN do to ensure that countries live up to their commitments?

There are 193 nations that own this agenda. The expertise of UN agencies will have to become fit for purpose to facilitate the SDGs agenda in host countries. The stakeholders at the country level are more than they ever were. So the donors, the UN, World Bank — all these partners need to have some coherence around sustainable development. Also, we have a broader range of stakeholders, including businesses, parliaments and civil society, because we are not just carrying out the social agenda, but we are also handling the environmental agenda and climate change issues.

What do you expect from civil society?

Civil societies have contributed to this agenda and share the ambitions that we have. They should have a role in holding us to account. They can be helpful in ensuring that the data revolution is fulfilled. We need to invest not only in traditional data, but also in data for real-time feedback to help decision makers. In some cases, civil society will be partners in implementation.

Reaching an Agreement on Climate C...

Sierra Leone winner to receive you... 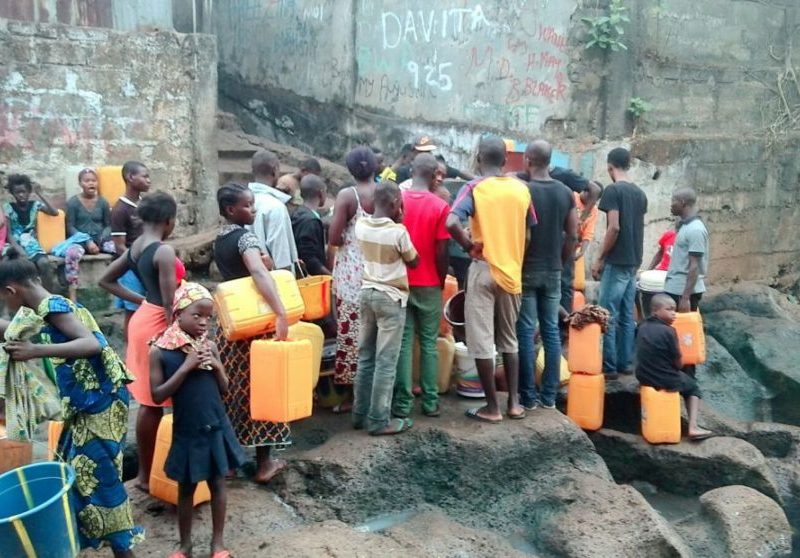