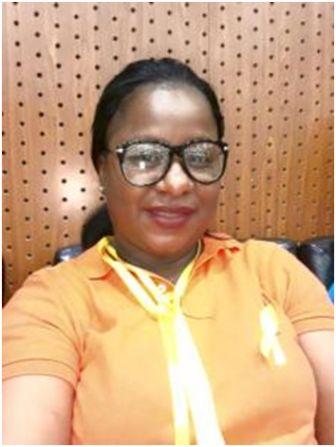 Women in the media Sierra Leone WIMSAL is an association formed in November 2007 by a group of energetic young female journalists from both the print and electronic media to promote the interest of female journalists, female communication practitioners and  women in all spheres of life in Sierra Leone, West Africa.  (Photo: Mrs. Asmaa Kamara James…leaving a legacy after a successful leadership)

WIMSAL advocates for better conditions of service for female journalists and campaign for the rights of all women.

The organization also forms an important support network for female journalists, which is helpful to those who are new to the profession and those based rurally who can often feel isolated.

All Roads lead to Bo City where Women in the Media Sierra Leone (WIMSAL) will be holding their conference, which will be climaxed with an election that will usher in a new executive on Saturday. The hardworking women will centre their discussions on the theme: “The role of the Media in protecting and advancing the right of women and adolescent girls”.

The outgoing President, Mrs. Asmaa James informed this press in an exclusive interview that this year’s conference will make a great difference in the lives of Women in the Media, especially those that have the potential to serve in leadership positions.  “We want to discuss issues surrounding the protection of women and girls. We want to see girls remaining girls in school and not mothers,” she said, and added that women and girls should be respected in society.

Mrs. James revealed that the media in Sierra Leone is currently dominated by men, and added that they want to see women coming out to take up leadership positions in the news room. “We want to establish a newspaper that is solely managed by women,” she revealed.

She noted that one of the challenges the new Executive should try to address is to have women owning and managing newspapers, and female reporters must be given the opportunity to investigate and report hard news like their male counterparts.

She admonished women in the media to set themselves high standards that will earn them respect and place them in leadership positions.

“We must have respect for each other and embrace each other as we work towards a common goal,” she appealed to her colleagues.

Madam James who has enjoyed two years in leadership called on the candidates contesting the forthcoming elections to see each other as sisters and that they must not tear each other apart. “We want the elections to be a friendly contest and the sisterly love to always prevail,” she said.

Under Mrs. James’ leadership, WIMSAL has for the past two years made lots of successes, which has earned it a national and international recognition. The organization played a key in promoting women and girls. In 2013 WIMSAL championed a campaign against rape, and it succeeded in presenting a position paper to the Attorney General and Minister of Justice, Minister of Social Welfare, Gender and Children Affairs and other relevant stakeholders. In 2014, WIMSAL also championed the Yellow Ribbon Campaign, which was geared towards fighting Ebola in Sierra Leone.

WIMSAL offers its members training and encouragement, in an industry where few opportunities for mentoring and training exist, and even fewer for women. As a group, WIMSAL has led strong campaigned with media leaders and government, raising issues that male journalists have often not even recognized.

One such issue is the perception that female journalists can only work on women’s issues, and not cover harder news, as they do in other countries. WIMSAL is campaigning to change this mind set and free up female journalists to perform equally with men.

WIMSAL has successfully funded itself from a range of sources, including Cordaid the largest INGO in the Netherlands.

Ever aware of the need to maintain a diverse funding mix, the organization has created it strategic plan to enable it to more easily and quickly compile to funding proposals and to respond to donor interest in aspects of its work, while at the same time remaining true to its strategic objectives.

After the Ebola outbreak 1.3 milli... 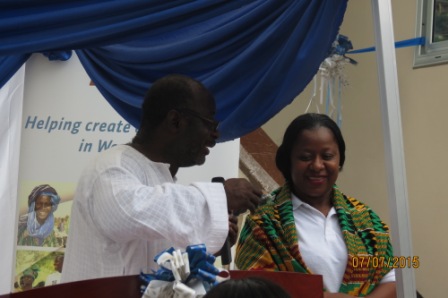 “Give Asmaa any position she wants in th...

Conclusion of WIMSAL National and Region...