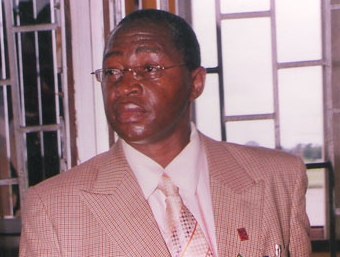 The Managing Director, National Pharmaceutical Procurement Unit (NPPU), Mr. Jack Lansana has said that they are continuing their major responsibility of delivering drugs and medical supplies needed to support the national Free Health Care Initiative (FHC1) which was launched in 2010 to improve access to health care for pregnant and lactating women and children less than five years of age.

He said they have finalized preparations for the Fourth Quarter 2015 Free Health Care distribution to the tune 3.4 Million Dollars.

He pointed out that the process is being conducted in collaboration with and participation of key stakeholders representing the Ministry of Health and Sanitation, the Police, Office of National Security, the Anti Corruption Commission, civil societies and health development partners.

He continued that one key improvement that has been refined over the last three distributions is a move to an informed push system as the unit is working with staff from the District Health Management Teams and all public hospitals to incorporate their direct requests and feedback with the view to getting facilities more of the drugs and medical supplies they need and not clogging up the system with what is not needed regardless of the fact that funding constraints and commodity availability persist.

Speaking on their accomplishments, challenges and the way forward, Mr. Jack Lansana said his unit has been working with the Directorate of Drugs and Medical Supplies to develop a rapid national quantification of products needed for the next free health care distributions in the early nine months recovery period.

He further explained that the quantification was based on the national quantification exercise conducted in 2014 with a wide variety of stakeholders  which he said was updated in February this year as part of the recovery process and  the development of the basic package of essential health services.

He noted that this year the procurement unit awarded a price competitive framework for contractors for the Free Health Care Drugs and consumables worth ten million United States Dollars to seven suppliers but experienced some challenges with delay in funding disbursement which he said can negatively affect the NPPU relationship with suppliers and its ability to competitively negotiate in the future.

The Director of Drugs and Medical Supplies, Dr. Bassy Turay, said the advent of the Ebola virus disease almost brought the Free Health Care to the bottomless pit. He noted that adequate preparation is now in place to kick start the distributions of the Fourth Quarter of the Free Health Care Drugs.

He called on government and their international partners to continue to support them, while calling on the media to serve as watch dogs to ensure that what the government provides meets the people.