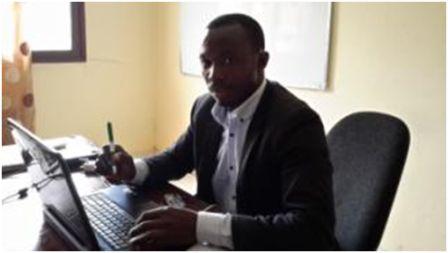 In spite of the increment made by the Government of Sierra Leone to allocate about twenty million United States Dollars for the construction of new military barracks across the country, personnel of the Republic of Sierra Leone Armed Forces (RSLAF) are still complaining over what many describe as “deplorable housing crisis” especially during the raining seasons. (Photo: author, Elkass Sannoh)

Speaking to The Voiceless Sierra Leoneans on condition of anonymity at the Wilberforce military barrack, one RSLAF Personnel informed that since he enrolled in the military on 4th April 1988, much has not been done to salvage the current housing crisis the military is faced with. He added that, “When I was recruited the morale of the military was exceptional and housing was never a problem as we were all provided an apartment together with our families.”

According to him, those glorious days degenerated with no end in sight, noting “our bosses are not sincere as what they write on papers and say on radio is not what they do.” He said the Ordinary Ranks are hugely suffering the brunt of the housing problem, adding that the salary is not encouraging as it cannot provide them affordable and accessible housing. He went on to say that the available houses in town especially Freetown is expensive and they also need to take care of their children. He said they are worried and frustrated at any time we approaches the raining season. He said most of the houses, apart from the officers’ quarters, leaks and the Estate Department has neglected its duties due to insufficient funds.

He noted that most of the Non Commissioned Officers and their families at the Wilberforce Barracks used “Down the Gutter” to attend to nature because the houses are without toilets. He added that the place called “Down the Gutter” is used for three purposes namely: As toilet, laundry and bathing.

Why Under-funding The Military?

It could be recalled that the Defence Minister, Major (Rtd) Alfred Paolo Conteh who currently heads the National Ebola Response Center (NERC) reportedly said that effective 2013 fiscal year, the government will be allocating US$ 20 million annually for the construction of new military barracks throughout the country.

He said the new barracks would have many facilities including dwelling units, good water and electricity supplies, schools, hospitals, churches and mosques.

“That was the type of barracks I used to know 50 years ago when I was a boy” the minister recounted, adding that accommodation for the serving military personnel was very close to his chest.

The Chief of Defence Staff-Major General Samuel Omar Williams who has severally given hope to his personnel admitted that his officers are living in poor housing and sanitary conditions. But how is he trying to address it when the Government is still under-funding the RSLAF?

He maintained that the availability of barracks accommodation is crucial to maintaining morale of troops for them to be effective in combat. He also emphasized that barracks facilities provide the most conducive atmosphere for the maintenance of force cohesion, an ingredient for the attainment of combat power.

The Republic of the Sierra Leone Armed Forces is facing multitude of social challenges that boils down to decent accommodation, retirement package, and logistical support among others.

Visits made by The Voiceless Sierra Leoneans at the Lungi Garrison and the Wilberforce Barrack ascertained that the Barracks lack pipe born water supply, poor toiletry facilities, broken windows and doors.

While turning the sod for the construction of fifteen accommodation blocks for personnel of the 5th Infantry Brigade headquarters at Gondama, Tikonko Chiefdom, Bo District, President Ernest Bai Koroma revealed that he was appalled by the living conditions of serving personnel during a nationwide needs assessment tour of military assets and facilities he embarked on in 2009.

He assured the soldiers that his government will continue to seek their welfare and make the RSLAF one of the most professional armed forces on the African continent, and added that RSLAF is undergoing transformation with successes even in peacekeeping missions in Somalia and Darfur. The President outlined his plan as Commander In Chief to construct barracks accommodation for personnel in all military deployments in the country.

President Koroma said: “While we seek peace for ourselves, and aspire to transform the RSLAF into a respected guarantor of peace in not just our Motherland, but on the continental stage, my Government will never turn its back in ensuring that soldiers live a decent and respected life.”

The unanswered question is, has President Koroma as the Commander in Chief of the Armed Forces, been able to put into tangible reality those beautiful speeches?

Despite this frustrated mood of the RSLAF Personnel especially the Non Commissioned officers, Paolo Conteh believes accommodation is an integral part of discipline in the military. He continued that “Without discipline there is no military because discipline is the backbone of the military.”

He stressed that the provision of accommodation for all personnel in the RSLAF has always been one of his greatest challenges as a member of cabinet.

“This situation of the soldier is wretched,” said a retired RSLAF officer. “This is where we make future soldiers, but the conditions are inhuman.” If this problem is not addressed, then what is the future of the RSLAF personnel? Are we far from those gloomy days? he fumed.

Meanwhile, the Pebu project which got support from the International Military and Technical Team (IMATT) derived its name from one of the prominent Sierra Leonean local languages, Mende, meaning (in a house). This project saw the construction of houses in some military camps. The houses were built with hydra-form blocks, which if properly done, would have stood the test of time.

It is ironical to state that, in less than 14 years, the houses increasingly became dilapidated to a point that the Pebu project collapsed. Pujehun District, which hosts 14th Infantry Battalion, has about 84 apartment buildings constructed during the operation. On the visit of the Parliamentary Oversight Committee on Defence, it was evident that the houses were built far below standards, and have eventually become inhabitable.

It is a sacred fact that when you develop an Army you develop the country, therefore security is paramount and must be prioritized by President Koroma.

The Presidential Order To Build Military Barracks Should Be Enforced

In his defence, the Director of Communications at the Ministry of Defense disclosed that plans are underway to rehabilitate all military barracks across the country, and construct modern barracks. He added that it was a Presidential Order that every year, the Ministry of Defence should build modern barracks in each district, noting that this was obstructed by the Ebola virus.

He exclusively told the Voiceless Sierra Leoneans that the Defence Ministry has almost completed the construction of a Mini Military Modern Barracks in Bo District, Southern Sierra Leone, and Kambia district barracks project is ongoing. He finally admitted that they are still faced with challenges in terms of funding from the Ministry of Finance and Economic Development.

Many people still hold the view that housing problem is deplorable for the Sierra Leone Police, Fire Force, Prisons and of course the military. They further claimed that much is not done to addressing this problem. They are also worried about the morale of the military, which if boosted will distract them from any revolution. This is The Pen of The Voiceless Sierra Leoneans.

Pen of The Voiceless, With Elkass Sannoh 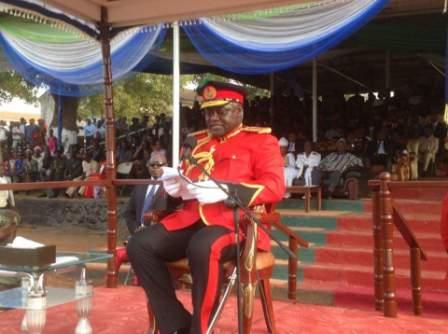 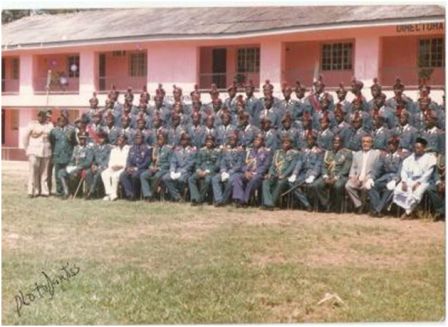 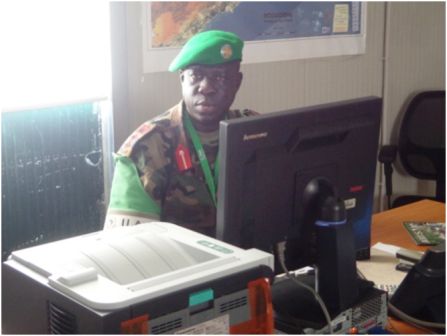