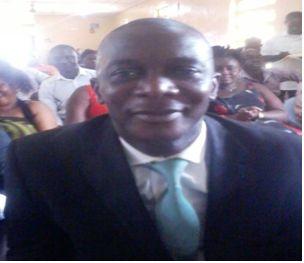 The legal luminary who maintained that he belongs to the most peaceful political party in the country, made the pronouncement during a stakeholders’ meeting that attracted representatives from all the twelve registered political parties organized by the Political Parties Registration Commission (PPRC), the National Electoral Commission (NEC) and the Office of National Security (ONS) at the Ark Community Hall at Robert Street in Freetown on Wednesday, October 21 this year.

“I am appealing to all voters of the different political parties to vote for the candidate of their choice without any chaos for us not to create more work for the Police as the ballot box will speak,” cautioned.

He boasted that his supporters are not only always peaceful but they are also always ready to listen to them as elders of the party.

He opined that Sierra Leoneans now needed to change their attitudes for the good of the country, while emphasizing that majority of the people are now fed with what he described as rotten manners of a lot of Sierra Leoneans.

He described as a son of the soil and the best candidate to represent the constituency.

He maintained that he will live up to the expectations of the people if they elect him.

He concluded that Sierra Leone now needs to practice real democracy which he said can only be achieved if more SLPP Parliamentarians occupy the House of Parliament.