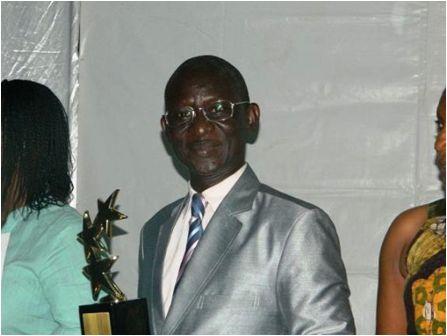 Sierra Leone’s Minister of Sports, Paul Kamara (in photo), has told this medium that the selection of Nigeria as the venue where Leone Stars will be playing host to regaining African Champions Cote d Ivoire, is not anything to his knowledge this is a news to me he said.

According to the Minister he was never consulted about any arrangement for the venue as we were thinking about Monrovia as a suitable ground for our games till the ban is over, he said, we were waiting for the FA to come to us so we can work as a team but they are far ahead in preparation.

Speaking about the hiring and unveiling of coach Sellas Teteh issue Minister Kamara openly cleared the air that he was not invited neither his Deputy Al–Sankoh Conteh but we are aware he is in town.

According to the football FA, the Nigerian government positively welcomed the request of Sierra Leone to play their home tie of the 2017 African Nations Cup qualifier.

Group I also includes 2017 Nations Cup hosts Gabon but their matches will not count towards qualification. Only the group winners advance to the finals.

The African Champions Cote D’Ivoire handed Sierra Leone a 7-2 hammering in their 2015 Afcon qualifying matches in two legs, both matches were hosted in Abidjan.