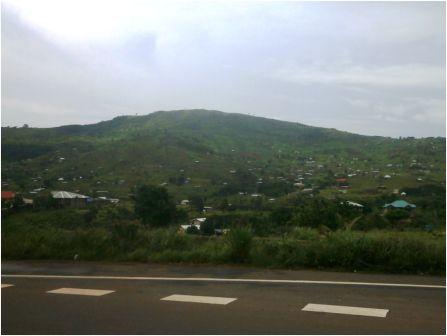 Members of Parliamentary Oversight Committee on Agriculture, Forestry and Food Security have expressed serious concern over the massive and uncontrollable manner people are illegally encroaching on protected areas along the Regent-Grafton newly constructed road. The disappointed alarm was made yesterday 6th August 2015 during an oversight visit with official of the National Protected Area Authority (NPAA) and senior agricultural officers.

It could be recalled that, during the commissioning of the Regent/Grafton Road last year, the President of the Republic of Sierra Leone, His Excellency Dr. Ernest Bai Koroma made a special declaration that an encroachment or grabbing of lands along the new road was unacceptable and illegal but on the contrary rapacious land grabbers are now convening with certain authorities to demarcate the reserve biodiversity area for construction purposes.

Speaking to newsmen during the oversight tour, the Deputy Chairman of the Committee, Hon. Dr. Thomas Mark Turay said the rate at which people are snatching lands that are under protection is a cause for concern and the state authority should now steadfast otherwise Sierra Leone will lose its biodiversity within a very short period. He said what was so worrisome, was that President Koroma who is the leader with a special wisdom had made a proclamation that people should not acquire lands along the Regent/Grafton Road but it was a mere dismay that lands are massively being taken away by people.

“One of the major challenges brought up by the NPAA, during a brief workshop prior to our tour is that the area that was declared for protection by President Koroma is now under threat and we have seen the negative action” Hon. Dr. Mark Turay noted.

He said Western Area protected areas were under serious security threat and if the necessary actions are not taken the future will be in danger. H e said his committee will soon have a dialogue with all MDAs in that direction to take the best decision.

According to him, if this trend continues water catchment areas will dry up, ecotourism will be missed, human existence will be affected and all species including some plants and wild animals will suffer or die.

The Chairman of the Committee Hon. Alimamy G. Kargbo said it was timely for all Sierra Leoneans to put hands on deck and protect the conserved areas. He said forest protection should be a concern to all because the present global warming heralds a future disaster.

During the tour, the Executive Director of NPAA, Dr. Kolleh Bangura told pressmen that it was unbelievable that even the buffer zone around the Regent/Grafton Road is now illegally being occupied by land grabbers. According to him, they the current laws guiding their operation need some improvement or review in order to secure protected areas. He also informed that the protected areas in the Western Area including the peninsular and the Wetlands are being rapidly taken away. He appealed to Members of Parliament to give them the adequate support to fight encroachers.

The Director of Protected Area Management, Madam Kate M.B. K. Garnet urged the MP to help the NPAA to review certain laws. According to the dynamic woman, the manner in which protected areas are being grabbed is not good for the country.

For perpetual absence of witnesses... 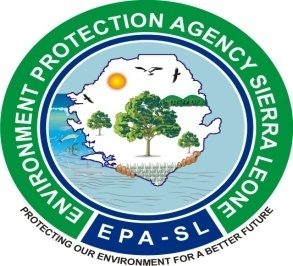