Yumkella fires back “I am a fully registered member of SLPP” 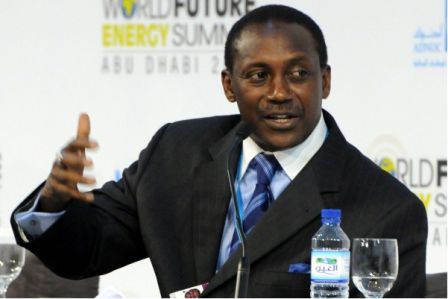 Yumkella fires back “I am a fully registered member of SLPP”

According to Ms.Kanagbo’s reply to Mr. Kormoh, “there is no record to date, in our membership database in respect of the SLPP membership of Dr. Kandeh Kolleh Yumkella and went further to state that he is free to come to the party headquarters to register .”
The KKY Movement wants to assure all its members and supporters as well as all SLPP members, supporters and sympathizers, that Dr. Kandeh Kolleh Yumkella is a fully paid up member of the SLPP and that at the appropriate time all relevant documents attesting to his membership will be made public.

However, the KKY Movement notes with dismay that such correspondence and/or information in the party should have emanated from the national organising secretary of the party, who is the principal liaison officer between the various arms of the party as stated in the party constitution. It is expected that in organisations where roles and responsibilities are defined and respected, the organising secretary will be responsible for writing and replying to correspondences of that nature. Unfortunately, we see the financial secretary of the UK/Ireland branch writing for clarification and the national treasurer replying. This is unusual, to say the least.

Notwithstanding all of the above, KKYM remains bemused over the fact that the National Secretary General, Mr. Sulaiman Banja Tejansie, had affirmed in a press conference held at the party headquarters in Freetown, that Dr. Alhaji Kandeh Kolleh Yumkellah is a fully registered and paid up member of the Sierra Leone People’s Party and qualified to aspire for the flag bearership of the party.

It would appear the database she is referring to maybe of her own invention and of those who are bent on narrowing the democratic space of the SLPP.

In conclusion, the KKY Movement wants to inform all well-meaning SLPP members and supporters that this is not the time for divisive intra party squabbles. Now is the time for unity, decency and decorum so we will focus on providing a legitimate and credible alternative to the present regime.

Long Live the SLPP. One Country, One People!

After Allegedly Stealing over Le 1...